Alivn Greene lost pretty bad, but it's still funny to watch this clip especailly for those who haven't seen it. What I want to know is how this guy never ran for the Green party? The ads sell themselves.
Posted by Adam at 11:56 PM No comments:

Could you go for Laser Eye Surgery 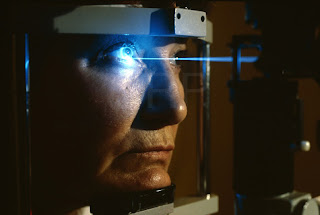 I couldn't, I hear you have to be awake, you're blind for a day or two and they cut your eye while it happens. Can't stand the thought of that. 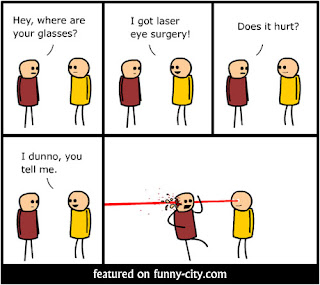 Got a new boss today 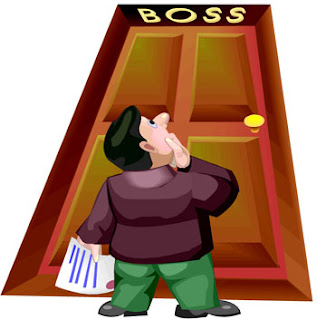 In my personal life, like most other people I have to work to survive. My old boss got transfered to another city, so I got a new boss today. I can tell you for sure that I was nervous. I guess that's something anybody feels about the unknown you know? If you can at least tolerate the thing before it, then you hate to see it go before you see change. The new boss has made a lot of new changes, but mostly stuff I agree with and nothing of late that changed the way I worked like it was my fault. Mostly personal preference. He's strict, but he's nice and respectable, and I can tell that he will work us hard but he defiantly showed how to improve our teamwork when we pretty much got the whole place looking great. So far so good I suppose.
Posted by Adam at 12:30 AM No comments:

Email ThisBlogThis!Share to TwitterShare to FacebookShare to Pinterest
Labels: me 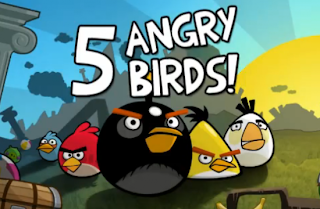 I've heard of the massively popular iPod/iPhone/Android/whatever system they can't port this thing too game for awhile now. Now most of the games on the App store can be nothing but rotten junk sold for a cheap buck for someone retarded enough to waste money again and again. I really didn't know much, didn't even try the demo. I really expected some kind of lame front facing shooter almost. 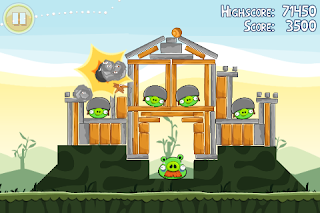 I didn't expect an great puzzle game that reminds me so much of World of Goo on WiiWare. Shoot birds to knock down buildings to kill pigs. Really brilliant. Not bad at all for a buck.
Posted by Adam at 12:25 AM No comments:

My brother got a 55 inch TV 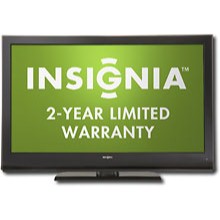 After trying to take a nap with my girlfriend, I hear my doorbell ring. This was when I heard the mailman and put my shoes on to get the mail before I dozed off. Before I could get the to the door I heard loud knocks on the door. I thought he was trying to deliver something too big for the mailbox and was a very pushy mailman. Found out it was actually my brother and his wife.
They bought a new tv and needed my help getting it into his house. It took us some time but we got it under control. I'm jealous.
Posted by Adam at 11:48 PM No comments:

Email ThisBlogThis!Share to TwitterShare to FacebookShare to Pinterest
Labels: me 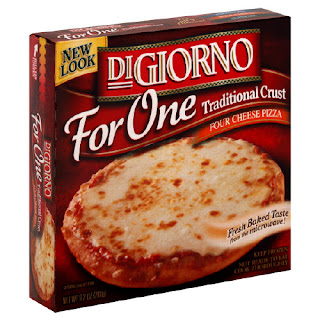 For quality I love love these things 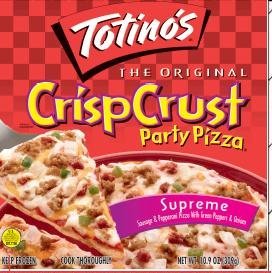 For cheap vaule these things are god to poor people
Posted by Adam at 10:55 AM No comments:

Email ThisBlogThis!Share to TwitterShare to FacebookShare to Pinterest
Labels: pizza

Feeling unwanted and needy over massive 3DS hype, Sony needed to do something. So they finally showed off the PSP2 which is going undercode names or something. Features include
They are defiantly showing off that they really got their asses handed to them by the DS and iPhone/iPod last generation. Two sticks this time too. Good job Sony on doing something you should have done years ago.
HAHAHAHAHAHAHA UMD  was the way of future right?
Posted by Adam at 9:51 AM No comments:

Oprah has a long lost sister or something

Apparently her mom gave her up for adoption. Only recently found out about link to Oprah a few years ago. I wish I was Oprah's relative she didn't know about. All the shit she would buy me would well make up for exploiting me for an increase in ratings.
Posted by Adam at 12:37 AM No comments:

Email ThisBlogThis!Share to TwitterShare to FacebookShare to Pinterest
Labels: Oprah

Being named one of the nations' worst governors wasn't enough for Sanford, until he decided to use state money and resources and lie to his staff so he could bang some chick from South america. He didn't want to resign, but his term limit was up and his re-election and political career was practically dead anyways. Now with a even worse successor in office, Sanford can now take it easy with a new single life. 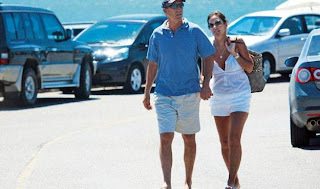 Pretty much after leaving office, he was spotted in South America with his as he said "soulmate". 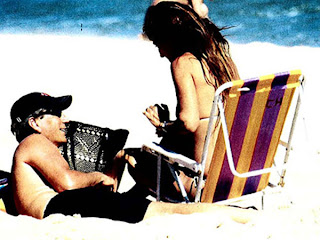 He might of lost his political career, his wife, his kid's respect, but with the money from his divorce ( I assume this is what happened, his wife was much richer than he was before the marriage) and his "new" lady, I guess things aren't so gloomy for old Mark Sanford.
Posted by Adam at 12:27 AM No comments: 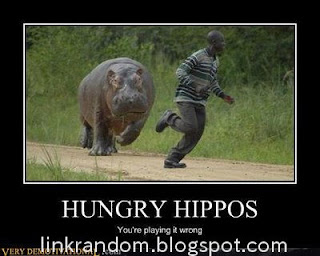 Old but I always laugh when I see this one. 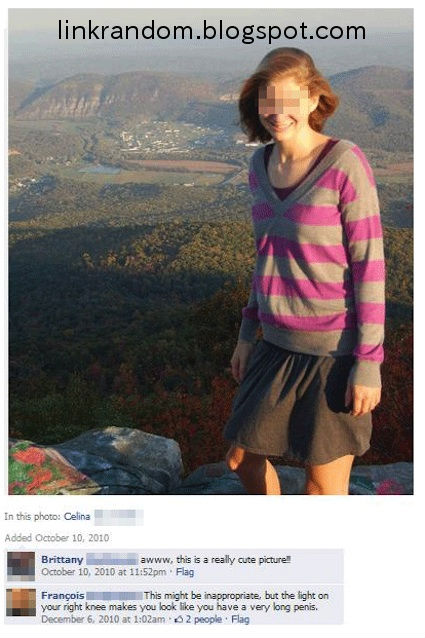 Wow, this one really does. Quite embarrassing for the young lady on facebook.

Vermont may be a very small state not too many people live in or visit, but it's doing something no state has dared to try and that's a single payer health care system. Lots of Republican states, have blasted Health Care Reform, but however they are focus on repeal but no real replacement. They might rabble on about trying to free up our already free-market health system that is mocked by the world.

They've gotten some pretty good help too. Vermont is getting assitance from Dr. William Hsiao who is an expert on health care financing and social insurance. He was also a big help in the creation of the Taiwan (also known as the Republic of China) single payer system.


Even though he's a federal Senator, Bernie Sanders has recently talked about Vermont's plans to go single payer in the next few years. I really admire Vermont's example, though I'm sure even in such a liberal state that elected the only socialist member of congress (i.e. Bernie Sanders), private pratice and private insurance will fight state law makers to the death on this one.

A similar thing happened up in Canada many decades ago. Tommy Douglas led his province of Saskatchewan with a universal health care system. Private insurance, and private practice fought Tommy and the New Democratic Party very hard which helped destroy a lot of the reputation and power of the NDP. However the program stayed, and became a huge success which got the whole nation of Canada to follow suit. Medicare in Canada is very liked among the general population and even the ruling Conservatives under Prime Minster Stephen Harper wouldn't dare think of destroying it.
Posted by Adam at 12:40 AM No comments:

Watched The Notebook With My Girlfriend

I remember when the movie came out awhile back. I had no interest in it, and all I could remember was that it was about some old people, romance, and a notebook/journal.

Which it is granted, but the old couple below read a fascinating tale of two young lovers below.

It might be a little sappy, unrealistic, and quite easy to tell what happens sometimes. But it's a charming story, and can get your girlfriend in the mood. Something to watch on Valentines Day if you need a suggestion.
Posted by Adam at 9:57 PM No comments: 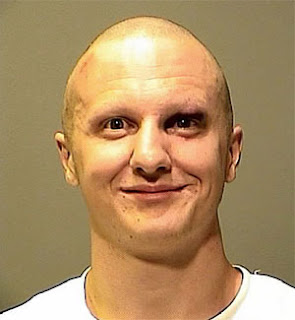 The man who shot Congresswoman Giffords and many others went to court today. Plead not guilty..... he could've at least went for insanity.
Posted by Adam at 8:30 PM No comments: 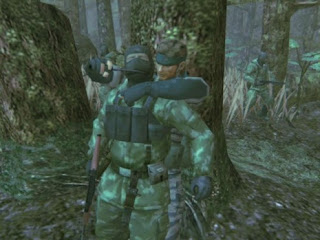 Mine would be MGS3: Snake Eater. It perfected the classic MGS gameplay, and the new jungle and desert scenes with the new camo gave it a whole new level of stealth to use. The story was great and made sense (fuck you MGS2), the enemies were smarter in the past, good variety in weapons and areas, and a whole lot of wierd little things to notice or do. 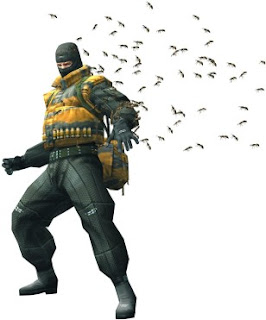 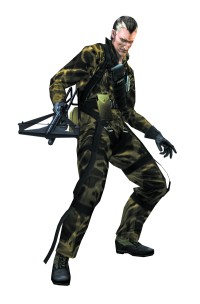 Guy was like predator but crazy. You couldn't see him in the jungle and had to use your best wits to track him in the trees. 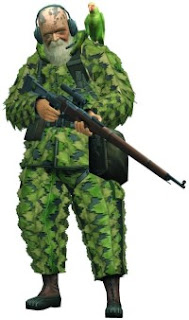 Holy crap what a great fight. Hiding in the woods, step by step made this slow fight one of gaming's greatest moments. You could also kill him by sniping him after his first scene in the wheelchair, or waiting a week for him to die of old age. That's really good extra detail and the best easter eggs to be found in gaming. 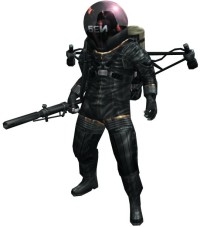 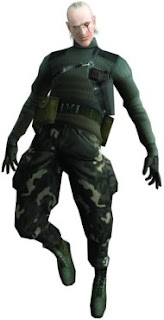 Be ready to walk a long river of dead people you killed. Probably the best bad boss fight in history. Strangely the hardest fight in the game for me because of the tricky revival sequence. 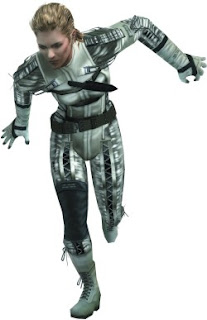 She takes your gun apart, kicks your behind any chance she gets, and lets you kill her. Some big boss.

Kidding aside, I loved MGS3, and all games are great, but this was Kojima's magnum opus.
Posted by Adam at 12:54 AM 1 comment: 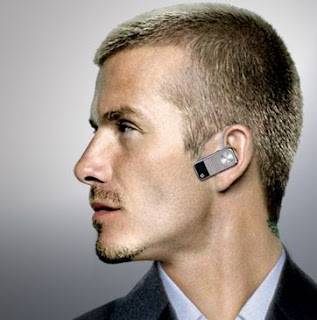 My girlfriend likes to talk to me a lot, so holding the phone all the time or being on speaker really is starting to bite ass after awhile. Saw a decently priced one at Sears tonight. If doesn't work within 90 days I can take it back, so really no risk so far. I've tested it out once, and it works well enough. Just have to speak up a tad and the other end has to do the same. No mumbling please.
Posted by Adam at 12:35 AM No comments:

Email ThisBlogThis!Share to TwitterShare to FacebookShare to Pinterest
Labels: bluetooth, me, verizon 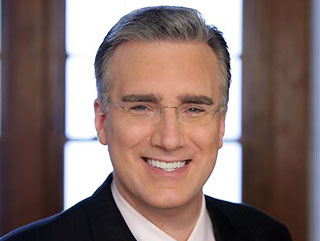 Probably the liberal version of Glenn Beck just lost his job at MSNBC and questions of a new show are up in the air. I've never really watched it, seen a few youtube clips, but it's rather bizzare he'd get fired all of a sudden. Many suspect NBC's new overlords Comcast had something to do with it. Good news for Keith is that his contract still has 2 years so he'll get a couple million for doing nothing.
Posted by Adam at 12:30 AM No comments: 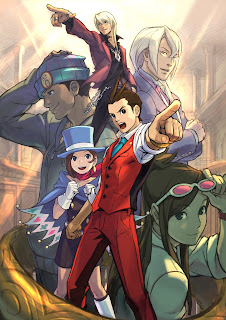 Started playing for the first time not too long ago. Been going through it very slowly, as the game is kinda slow and tedious like the Phoenix Wright games. The gameplay is kinda hit or miss, but the story and characters have always been the real draw. Which can be a bad thing seeing how drastic and upside down the story had gotten. Phoenix is no longer a lawyer, and instead he's almost a hobo, and you take control of a new rookie lawyer named Apollo. I still love it.
Posted by Adam at 12:50 AM 1 comment:


Mine is Dr. Pepper. Screw Pepsi and Coke. You can get Dr. Pepper anywhere and if you can't there's Mr. Pibb. Even though he only graduated high school he tastes just the same. There's also Dr. Thunder, Dr. Bob, Dr. Food Lion, Dr. Publix which all are the same thing. Off-brand regular cola tastes like piss.
Posted by Adam at 9:43 AM No comments:

It will be 250 bucks, and Zelda and Kid Icarus are no shows. Nintendo is putting out pilotwing and nintendogs/cats at launch. I'm going to wait a bit to get in on the 3DS game.
Posted by Adam at 11:37 AM No comments:

Which DS versions did you Get?

Got the "ugly" model on Dec 26 the year it was released. I wanted one so bad even though all I had was an awkward controlling version of Super Mario 64 and a Metroid Prime Hunters demo. Didn't care for Feel the Magic or Assfault driving GT or whatever.