Just Got Done Watching The Melancholy of Haruhi Suzumiya Season 2 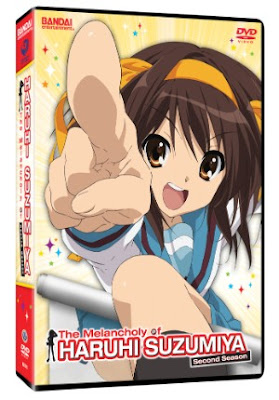 My girlfriend got the second season from her brother for Christmas and after some time we just got done watching the whole box set. 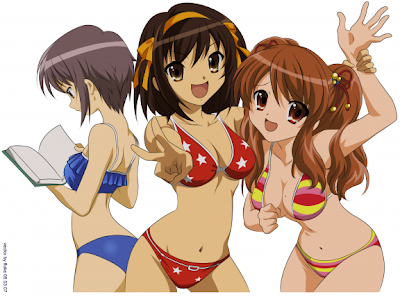 The story leaves off randomly after the 1st season. Not much has changed for the SOS Brigade. After a few episodes, Haruhi decides to tell Kyon to bring his bike so they can all go to the community pool, and other summer fun stuff before their last 2 weeks of summer are over. 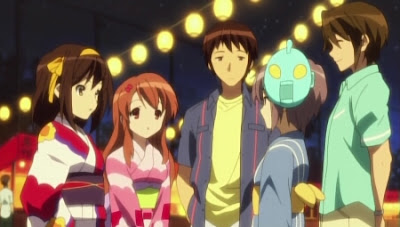 They then realize that Haruhi (who unknowingly has the powers of God) has put then in an eternal 2 week time loop that the only person who can remember what's going on is the alien Yuki Nagato while Kyon and Itsuki Koizumi only have feelings of deja-vu. They finally put two and two together when Mikuru Asahina says she can't travel back to the future when there's no future to go to. They then replay the same episode like 8 times with different clothes and wording. It's torture. 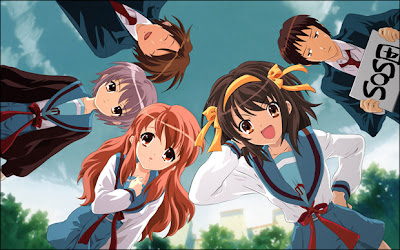 The whole endless eight you can skip the whole middle part. Watch the 1st, 2nd, and last episodes. Don't worry about the middle of it. The other parts of Season 2 are pretty good and funny with the finale being a series of episodes where they make the movie for the film festival as seen in the first season. Not as good as the the first season, but I enjoyed it.
Posted by Adam at 12:34 AM

Email ThisBlogThis!Share to TwitterShare to FacebookShare to Pinterest
Labels: anime, The Melancholy of Haruhi Suzumiya