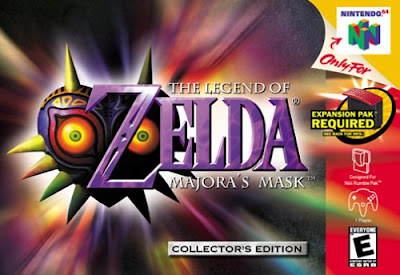 Majora's Mask was the long awaited sequel to Ocarina of Time. Despite sharing similar game-play, it's quite different from all the 3D games. The plot and setting is a lot darker and more gothic I guess you might say. The Apocalypse story is bit out of place for Nintendo's tradition. 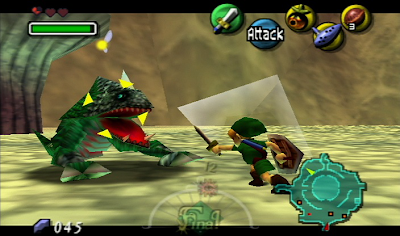 Even though I didn't like it as much as some of the other games in the series, Majora's Mask was one of the greatest quests to take on the N64. The 3 day system did get annoying, and only having 4 dungeons is a draw back, but it does offer great side-quests. I collected every single mask, and got the fierce deity and got disappointed when young Link transformed formed into a weird looking adult version that played just like the Adult Link in Ocarina of Time.
Posted by Adam at 11:58 AM