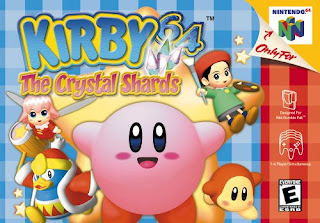 Kirby 64 is really the last major Kirby console game until Epic Yarn was released. Kirby is usually demoted to handhelds, but he usually gets a console game or two thrown for him. 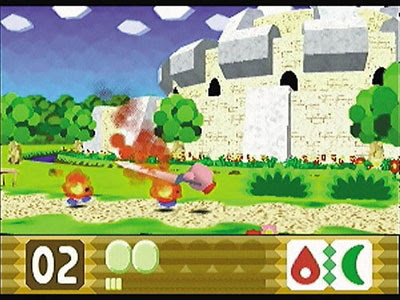 Sadly I think Kirby 64 was a waste of potential. I think there was too much focus on the cool dual-power aspect, than the level design. Though it is a rather charming game, and gave me some very enjoyable hours. Nothing close to Adventure, Dreamland 2, or Canvas Curse, but very good in it's own right.
Posted by Adam at 3:07 AM