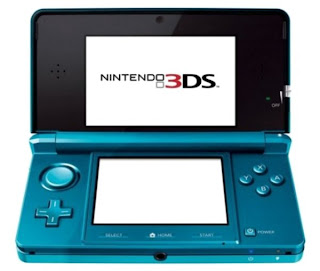 While at the store today I see Nintendo 3DS games for sale. I think "I don't believe it's out yet" and then I remember "well I hear Best Buy has it out for demo." So I go across the street and try to find a demo station. I was hoping it was empty and guess what? It wasn't. Some mom and her two snotnose kids were playing games, the big brother was playing Mario Sports Mix for Wii and the little bitty brother was on the 3DS. So I had to pretend like I was shopping or something, and after a good 15 mins they finally fucking leave. 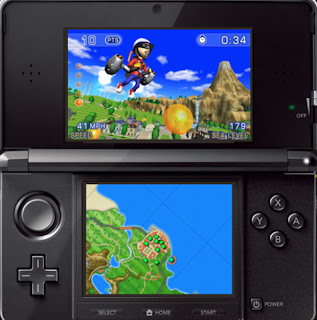 I really like the feel of the 3DS though I have to say the Start/Select/Home buttons are kinda lousy. The analog stick feels pretty good similar to the PSP's but maybe a tad bigger and bit more comfortable. Unfortumatley they only had Pilotwings Resort up on demo, and seriously that game is balls. It makes it a sorta hybrid of the old Pilotwings games and Wii Sports Resort's crappy flying mini-game. Street Fighter IV? Rayman 3DS? Hell even Ridge Racer or Asphalt would have been better. Or if Nintendo wanted something better they could've tried Nintendogs + Cats. 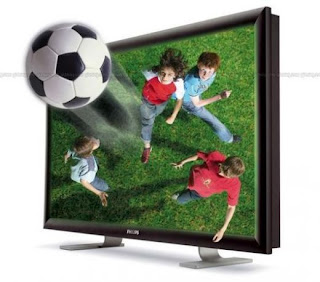 The 3D is not like the picture above. It's like those 3D TVs they really try to sell. It goes slightly back than a huge leap in your face. Really disappointing. But there is a cool optical illusion if you tilt your head. Maybe I need to see more games in action, but I was rather disappointed by the 3DS's main selling point. And yes I'm a Nintendo fanboy.
Posted by Adam at 12:06 AM