NINTENDO DOWNLOAD: MEGA MAN X MARKS THE SPOT FOR NINTENDO'S LATEST DOWNLOADABLE GAME LINEUP
April 18, 2011
Originally released in 1994 for the Super NES™ console, Mega Man™ X is widely recognized as a classic of the 16-bit gaming era. Starting this week, Wii™ owners can discover – or rediscover – the game's timeless platforming fun via the Virtual Console™ service. For a different brand of retro-styled action with a contemporary twist, players can also try out a demo version of BIT.TRIP CORE, now available for download on the WiiWare™ service for zero Wii Points™. Meanwhile, new hand-held game offerings for the Nintendo DSiWare™ service include GO Series Captain Sub, a treasure-seeking underwater adventure that can be enjoyed anytime, anywhere on the portable Nintendo DSi™ system.
Virtual Console
Mega Man X 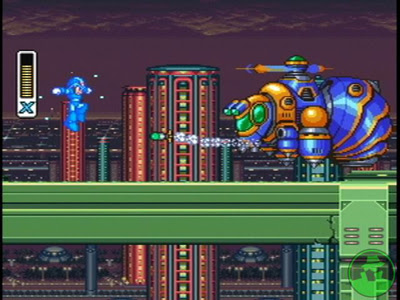 Original platform: Super NES
Publisher: Capcom
Players: 1
ESRB Rating: E (Everyone) – Violence
Price: 800 Wii Points
Description: The future of Mega Man has arrived. Hundreds of years after his death, Dr. Light's final creation is discovered. Released from his capsule by Dr. Cain, X is born into a future world where robot rebellions are a thing of the past. But when Dr. Cain tries to implement Dr. Light's designs into a new series of Reploids, something goes horribly wrong. Now the future lies on the brink of destruction, and X must use all of his newfound powers and abilities to hunt down the maverick Reploids and their leader, Sigma, before the human race is wiped from the planet.
WiiWare
My Little Baby 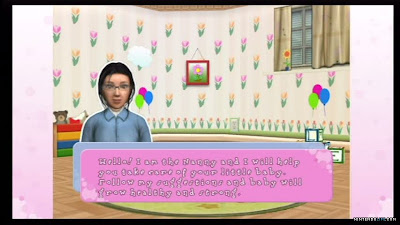 Publisher: dtp young entertainment
Players: 1
ESRB Rating: E (Everyone)
Price: 600 Wii Points
Description: Have you always dreamed of having a cute little baby to lovingly care for? Now is your chance. Your little bundle of joy smiles at you gleefully, and you have to do everything you can to make sure it develops and grows in a healthy manner. Changing, bathing and feeding are as much a part of your duties as shopping, preparing meals, rocking your baby to sleep, playtime, dressing and teaching it to crawl and walk. But above all, what your little angel needs is your love and attention. All this, plus an enormous selection of toys, clothes and other objects, will make your little one the happiest baby in the whole wide world.
BIT.TRIP CORE (demo version) 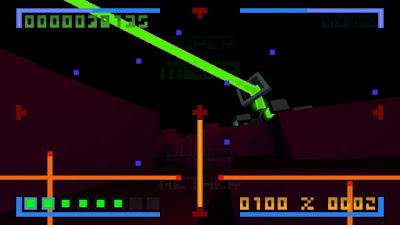 Publisher: Aksys Games
Players: 1-2
ESRB Rating: E (Everyone)
Price: 0 Wii Points; full version available for 600 Wii Points
Description: BIT.TRIP CORE continues the BIT.TRIP saga in this retro-arcade-style game. BIT.TRIP CORE is an exciting action/rhythm game that's best played while zoning out on the tunes and letting the visuals swallow you whole. The experience is inspired by games from the '80s, but with a modern twist. The game play is entirely new to the series, leaving the single-axis controls of BIT.TRIP BEAT behind in favor of the ability to control two axes. If the difficulty gets you down, grab a friend and play cooperatively in two-player multiplayer mode. (Additional controllers are required for multiplayer features and are sold separately.)
Note: Some demo versions do not support all game features, and players cannot save their in-game progress in demo versions.
Nintendo DSiWare
GO Series Captain Sub 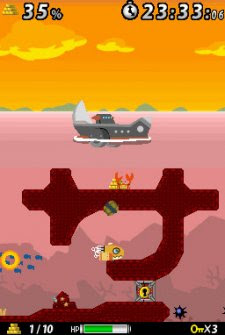 Publisher: Gamebridge
Players: 1
ESRB Rating: E (Everyone) – Mild Cartoon Violence
Price: 200 Nintendo DSi Points™
Description: Search the depths of the sea for lost treasure in this charming underwater adventure. Take control of a yellow submarine equipped with a mechanical arm that can grab treasure off the sea floor. Explore an underwater labyrinth of caverns and caves littered with treasures but surrounded by deadly sea creatures. Fire missiles forward to attack creatures in front and launch missiles upward to fend off dangers from above. Keep an eye out for keys that can unlock doors to deeper caverns as you gradually make your way to the hidden chamber where the giant underwater boss awaits.
DodoGo! Robo 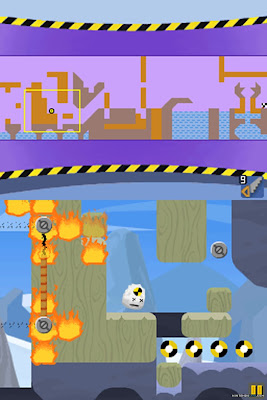 Publisher: Neko Entertainment
Players: 1
ESRB Rating: E (Everyone)
Price: 200 Nintendo DSi Points
Description: Entertaining and accessible to everyone, DodoGo! Robo is a puzzle game in which you have to use your head to avoid getting broken. There's no need to have any knowledge of previous games to explore this new installment in the DodoGo!series. Become the well-known Robo-Egg and collect the maximum number of icons scattered around new puzzle levels. Use the stylus to help your Robo progress, then click on the Play button to see the result. You can even change your route until your Robo picks up all the icons for the level you are playing.
Music on: Learning Piano Volume 2

Publisher: Abylight
Players: 1
ESRB Rating: E (Everyone)
Price: 200 Nintendo DSi Points
Description: The entire orchestra follows your performance of 15 great classics. By playing each day, your ability may increase. Earn the bronze, silver and gold medals for each song, completing all different levels. A simplified music score is shown on the upper screen and a full piano keyboard appears on the touch screen, guiding beginners note by note. Songs include classic compositions by Bach, Tchaikovsky and Chopin.
Posted by Adam at 6:29 PM