Things I Hate: Zelda II: The Adventure of Link I think Megaman 2 was one of the few games in a NES series that was the 2nd game and wasn't a bizarre offshoot that was terrible. The Legend of Zelda on NES was a great game, it's sequel not so much. 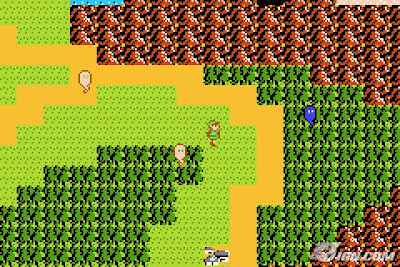 Much of the world has been changed with a more Dragon Quest-ish overworld map. 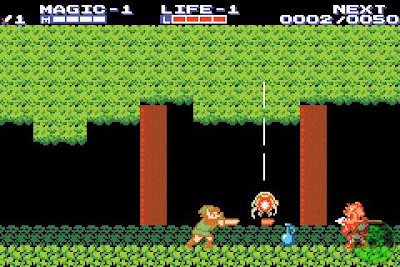 The combat was more like Zelda meets Mario. The result? Pure junk. Such a difficult game too. I know this game has some defenders, but from a guy who goes by Link online, even I can't stand this trash. Some people might think it's great, but I also know people who think cutting themselves feels awesome.
Posted by Adam at 3:32 AM

Email ThisBlogThis!Share to TwitterShare to FacebookShare to Pinterest
Labels: NES, things I hate, zelda, zelda II: the adventure of link

This game was amazing, and anyone who thinks it's shit really sucks at zelda games.

I love Zelda. ALL Zelda games. Except this one. I hate, hate, hate this game. Nintendo should make a formal apology to the world for birthing this abomination. Nintendo should get out their old programming tools, make a new NES game and call that ZELDA 2, and then bury everything about the existinggame and pretend it never happened. Again, LOVE ZELDA, HATE THIS PIECE OF CRAP!

Blasphemy! While this game did not follow the Zelda formula we have grown used to, it was, and still is a great game. I think Nintendo tried to do new things with the game and people did not respond so well. They learned their lesson and have stuck to the formula. That doesnt mean this game is shit. Again, great game, but not everybody was able to look past the different gameplay.

I think this game was amazing! I loved the extra hard gameplay cause it actually gave me a challenge. Even Ocarina of Time's Water Temple was a breeze for me so I love this game. (Though not as much as Ocarina) :)

Really like the idea of ​​the set of the game, a 3d sense of it, with two different 2D views, and to look for things to get better,,, Good idea to games, but today's all in 3d,,, Like WOW in nintendo 8bites 8-)