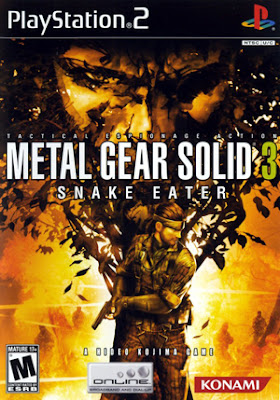 Metal Gear Solid 3 wasn't a sequel to MGS2, instead the prequel to the whole series even the NES and MSX games.  You get to play as Big Boss, not some clone or whiny blonde bitch. 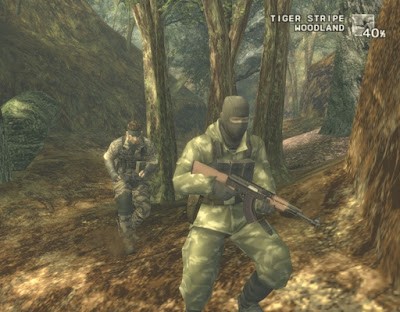 I loved the jungle, forest, mountains, and even the inside areas of Snake Eater. Unlike other MGS games, you really did have a place to hide. So much fun to be had with that too.

The bosses were epic in this game unlike Sons of Liberty. The End is my favorite, where you get to fight this old guy in this huge forest area in a 30 min-1 hour fight of patience. 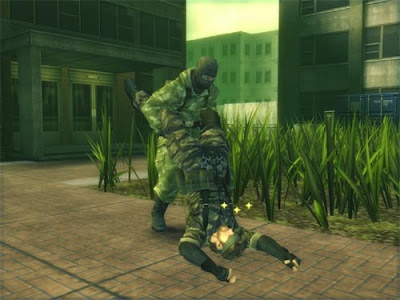 I also wished I had online at the time of Subsistence the much better version of MGS3. It had a pretty cool multi player from what I heard, but they were plenty of extras and much better camera in that version.
Posted by Adam at 12:18 AM