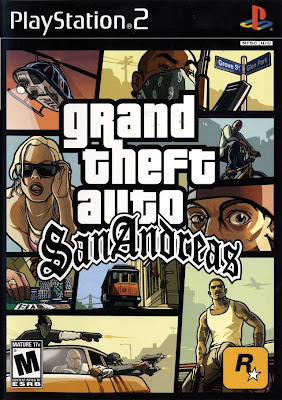 The final game in the PS2 trilogy was pretty rad. 3 whole new cities, and a huge quest to take. 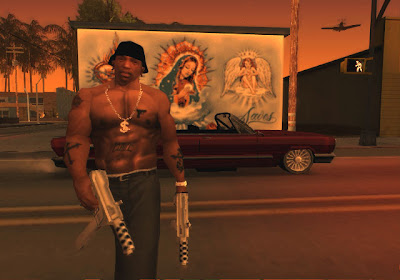 It was also the first game in the series to really tap into the "Black gangster" culture. Granted I was sick of the whole Italian gangster theme of the series, and I do like the change of pace like when you get to play a Russian gangster in Grand Theft Auto IV. 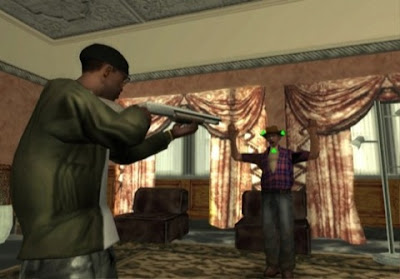 As far as the main game goes, it's a decent improvement when it came to combat. Though the game is a bit too big, with some of the lands being bare, and the missions being not as memorable as the past games. However despites it's pros and cons, San Andreas is easily one of the best in the series, and was a lot better than GTA IV.
Posted by Adam at 1:21 AM