Metal Gear Soild 2 was actually my first MGS. I got stuck on the bomb freezing part, and then played Twin Snakes on GC, and then came back to this one. 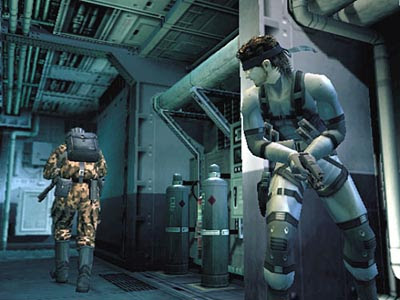 Playing as Solid Snake was awesome, and I remember how much of a difference there was between the demo of the first PS1 game I played, and the sequel. 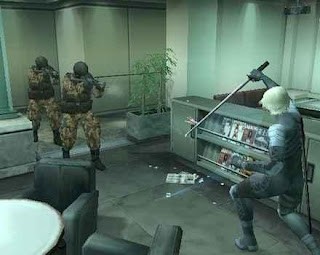 Then you have to play as Raiden, which sucks a bit. The story is fucking goofy, the bosses aren't as memorable as other games, and the whole dejavu thing gets a bit annoying. But as a whole it is a fantastic game, and one of the best on PS2.
Posted by Adam at 10:28 AM