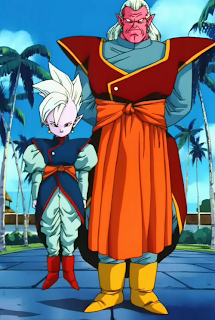 He came out pretty cool, as we initially thought he'd be a villain or something. He made Piccolo pee his pants in fear. 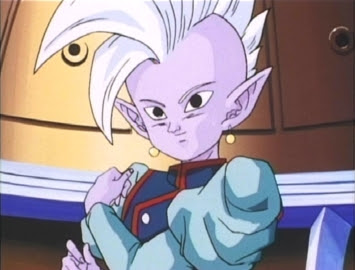 Then he turns all wussy later. 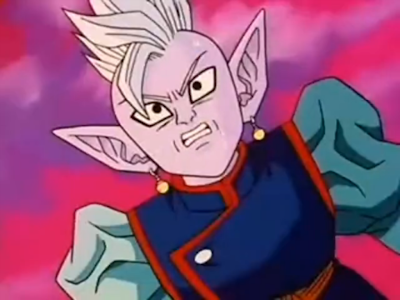 Nothing more than scared to death. 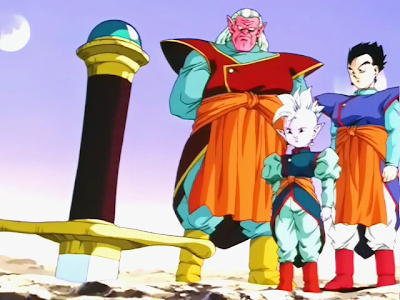 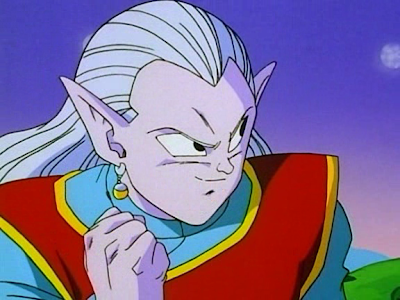 But his fusion also sucked, looks so ugly and badly dressed.
Posted by Adam at 1:36 PM

I have to disagree, supreme Kai was not a pussy he just didn't want to fight because he was afraid of accidentally resurrecting majin buu, and he wasn't scared he was just shocked and amazed at the power the saiyans posses. And so WHAT if he was kinda scared layer when buu woke up, so was Gohan! And if you say Gohan sucks or some other bullshit I will freak out. And I don't blame him for being scared, did you see buu in his original form? Badass man, badass! And remember all the other supreme kai's were killed by that monster and his friend and leader the grand kaio( I think he's called) got absorbed protecting him! U probably would of shat your pants at the mention of buu! And if u don't understand what I'm saying or don't remember the story you arent fit to give your opinion.

But your right about kabito and supreme kai's fusion, that WAS retarded

But I do think your awesome for being like..*looks at your pic* .. thirty ish and still liking anime, that us great.