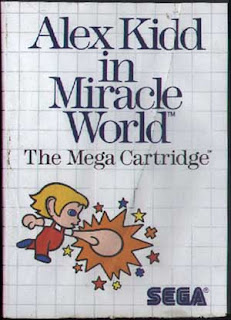 Relatively unknown to Americans, Alex Kidd was the big game for the Sega Master System. If Mario was the NES's favorite child, then most Sega fans would say Alex Kidd for the SMS. It was apparently Sega's Sonic before they had Sonic, or something like that. 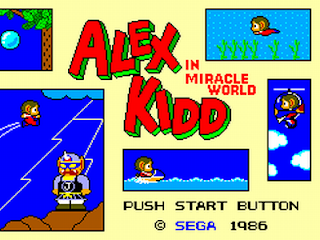 Game-play wise, it's not even close to Sonic. It actually has a bit of variety and whatnot. 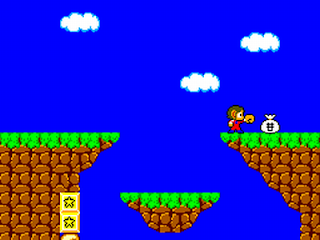 However most of the levels involve Alex jumping up and down trying to hit enemies with kicks and punches with very little room for error. The combat sucks. 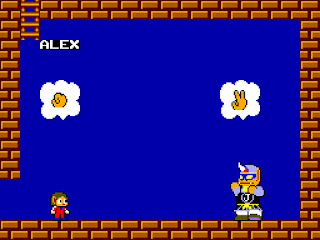 The boss battles are really resorted to Janken (rock, paper, scissors) matches. Also I believe if you die, you have to restart the whole game over again. It has the right ideas, but executed them stupidly. Terrible game for some of the most petty reasons that could have been easily fixed.
Posted by Adam at 1:24 PM