Things I Hate: Trickle Down Economics 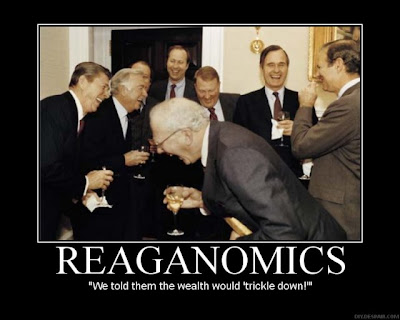 The economic theory made popular by people like Ronald Reagan assumes that people would be better off with more tax breaks and deregualtion for the rich.

Which I think is bullshit when you got companies who'll do anything for a profit. They'll shit on customers, they'll shit on workers, and they'll fuck everyone in the ass to benefit themselves. 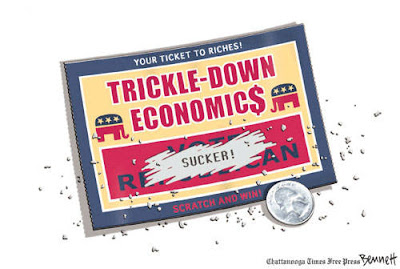 It's also one of the reasons why some people vote Republican. How the poor and uneducated are tricked so easily.
Posted by Adam at 12:01 AM