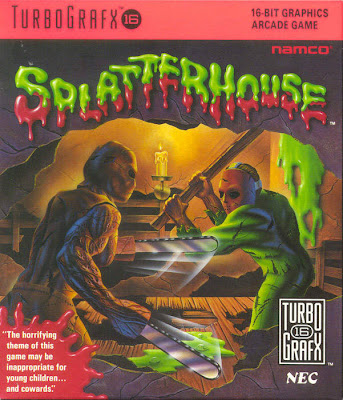 Back before Resident Evil, Silent Hill, and other horror games, this was as close as scary got. 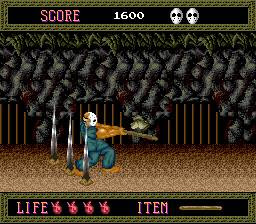 Which honestly wasn't that scary. You play as a guy who's good, but looks like he's Jason Voorhees. 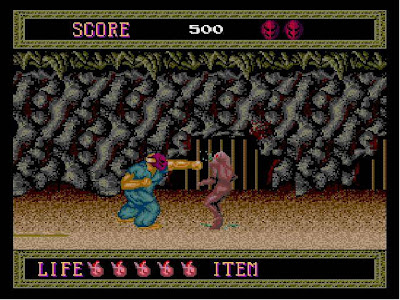 The TurboGrafx-16 version of the game (and the Wii's Virtual Console emulation) feature some changes like a red mask. Maybe they were afraid of a law-suit or something. 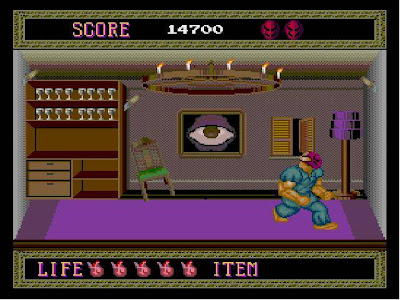 It had pretty good beat-em-up gameplay to say the least, and I liked this "boss fight" with the haunted room. Not exactly the best game ever, but a decent choice for me on my Virtual Console.
Posted by Adam at 12:00 AM