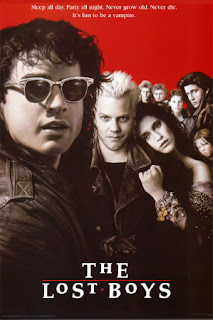 Heard this one was a classic but never seen it. Probably would have scared me shitless as a kid.

The movie is about a family that moves from Phoenix Arizona..wait Phoenix? Shit first them, then Bella Swan. Is Phoenix the motherfucking Anti-Vampire Capital of the World? 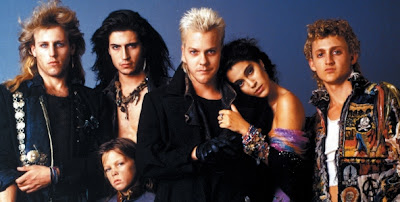 The two brothers then run into a group of creepy teenage rebels. 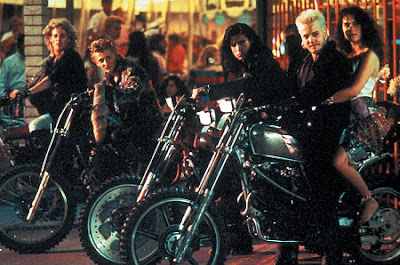 So they taunt the oldest brother into following them. 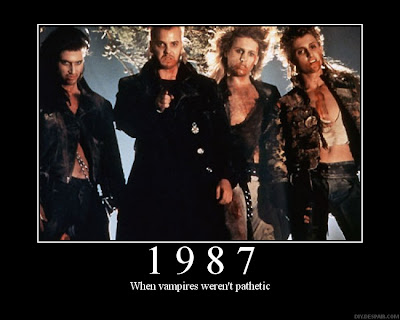 Oops.. they're vampires, and now the oldest brother is one too. 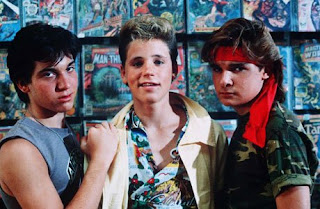 Now the youngest brother must get the help of two random losers to help bring his brother back to "life" or something. 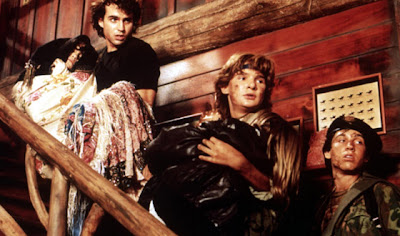 I really enjoyed the movie. Good mix of comedy and horror without going overboard. Takes a good but non-serious take on Vampire culture too.
Posted by Adam at 2:23 PM