My Top Five Zelda Games #5: The Legend of Zelda 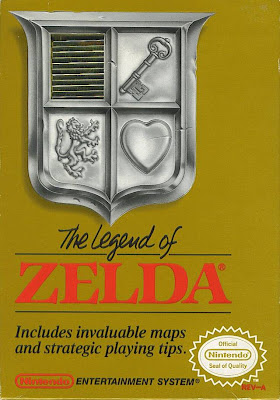 The first game had to be in there, despite looking the worst graphically (except maybe 2) it holds up pretty well everywhere else.

NES games usually were very little games with little depth at all. That's why they were so hard, because the tough challenge masked the fact that the game would only take 20 mins to beat if you were using cheat codes. However Zelda had a huge over-world, and it wasn't really hard when it came to combat, but rather with the puzzles. Beat the first game in 20 mins and I'll give you all the money in the world. 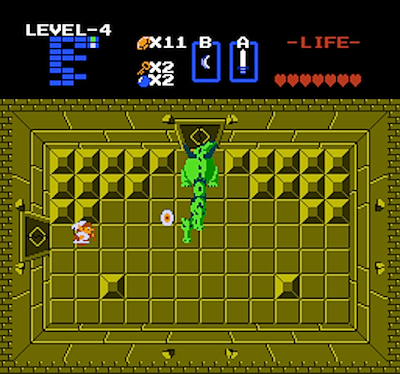 The dungeons were so extensively detailed and intelligently designed. Ignore the 8-bit blocks, there's art beneath the surface. 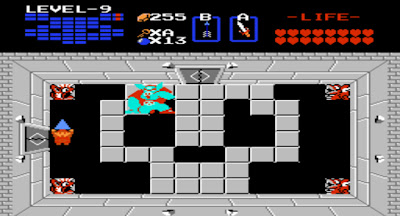 Even the bosses were pretty damn good. Most of them might not par some of the recent 3D games, but for the power of the NES this was leap and bounds above everything else.
Posted by Adam at 5:34 PM