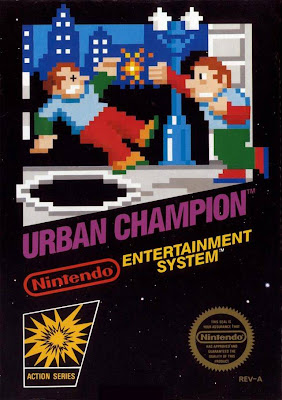 I've heard how bad this game really was for a LONG time, but never got a chance to really take a ride on the Stinkville Express myself. The most ironic thing about the game is that it's actually made by Nintendo. 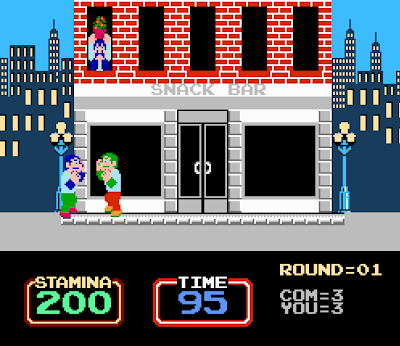 The game isn't really broken or anything, the word we're looking for here is "shallow." Imagine a fighting mini-game they often put into other genres to "mix things up" and what not. That's basically what Urban Champion is like. 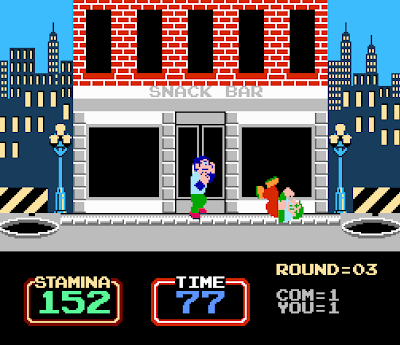 It's just Random Dude vs. Random Guy with generic punches for a long period of time. You're suppose to hit your opponent in the manhole or something. 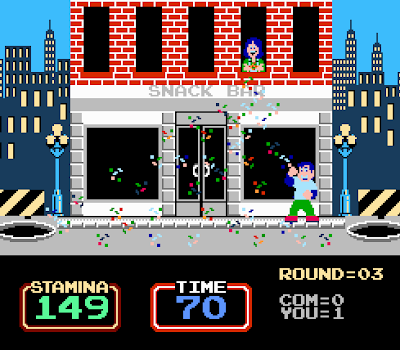 But even after you do that, the game keeps going on and on and on. I can't believe people bought this game so many years ago for $50 or more. Such a shame.
Score: 2 out of 10
Posted by Adam at 10:57 PM