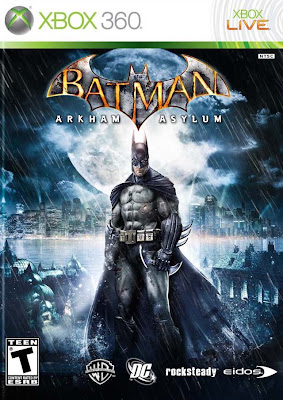 So I've been enjoying this one for quite a few days now, and tonight I finished the whole shabang. 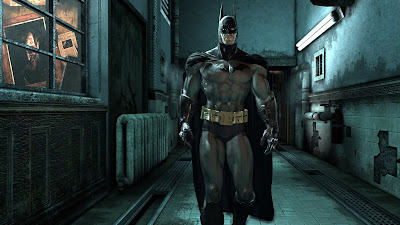 Forget any Batman game you ever played, because they're raw sewage in comparison to Arkham Asylum. Batman and company are re-imagined in a darker tone than some of the past Batman games, films, or cartoons. Kinda how like how Batman Begins, and especially The Dark Knight made the film series much better than the ones in the 90's. 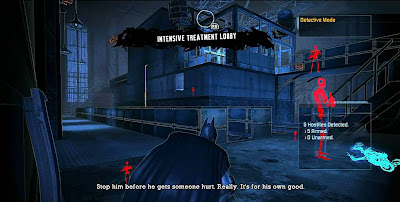 Not only does Batman have all his trademark gear at his disposal, but some of the new high-tech stuff. My favorite tool was detective mode which would let you discover secrets, and see enemy forces before you even reached them.  It allowed a lot of time to plan, and develop a strategy. It also has a ton of secrets. Whoever can discover all the Riddler secrets has no life. 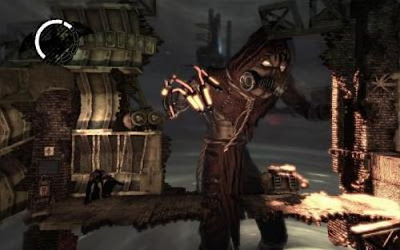 The game has a case of getting repetitive at times, sometimes there's only so many steroid-filled thugs to beat up. However once you start to get a little bored, they throw something to mix things up. My favorite moments were that of the Scarecrow and his fear-gas. Not only were the moments very similar to that of the GameCube game Eternal Darkness, but the boss battles were pretty trippy and very dissimilar to the rest of the game. 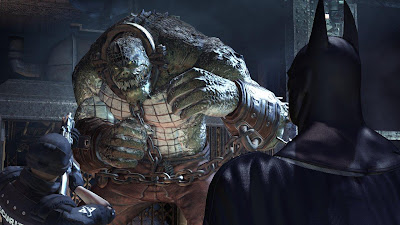 It really is one of the best games on the Xbox 360, and easily the best Batman game ever crafted. I can't believe I waited so long to jump on the bandwagon here. Do not hesitate to pick this game up, even if you're not a Batman fan.

This looks awesome. I have to play it!! :D

I don't even like Batman that much, and I really liked this game.

Thanks for the review! I never really knew what to think of this game. On the one hand I couldnt take it seriously because well, its a batman game. However all my friends and well nearly every I know, says its awesome. Gonna check it out I think!

I've heard this game is good, and with your 9 out of 10 rating it must be. I might rent it soon. Thanks for the review!

I've played it a few times but didn't really get far enough into it to have it click with me. Maybe I'll have to try again....

awesome, I hear nothing but great things about it. Sounds like I need to check it out.