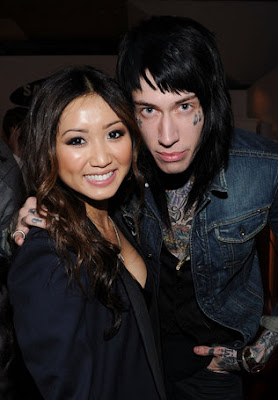 I don't pay much attention to Disney stars, but I do remember Brenda Song. I heard the news on the radio, and thought it was kinda random. Didn't know she really had any brothers, but apparently the couple has been going out for only a few months now. However I guess this is more graceful news than some Disney stars over the years. Getting knocked up by your boyfriend is not the worst thing that's ever happened to someone from the Disney network.
Posted by Adam at 1:13 AM