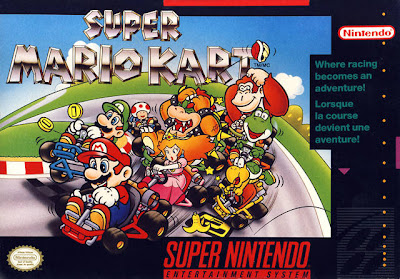 Even though it's the least powerful, and has no online play, I really liked Super Mario Kart the best out of all the others.

Plenty of tracks, powerful but not game-breaking items, and none of that rubber band racing crap. Pure skill, and you will need it to win some of these championships. 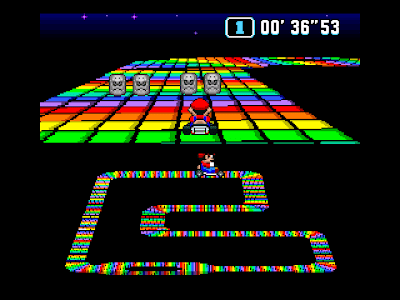 Rainbow Road for example in it's original SNES form is harder than you could imagine. It looks like a simple track, but trust me you'll fall off more times than you can imagine. Kinda sad how easy the Rainbow Roads in the later games had become. 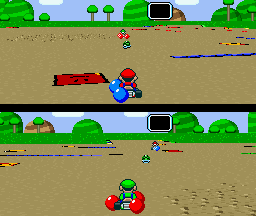 Also worth nothing is that Super Mario Kart had the best battle mode for some reason. I can't stand the other game's battle modes so much that I didn't even try it out on Mario Kart Wii.
Posted by Adam at 12:15 AM