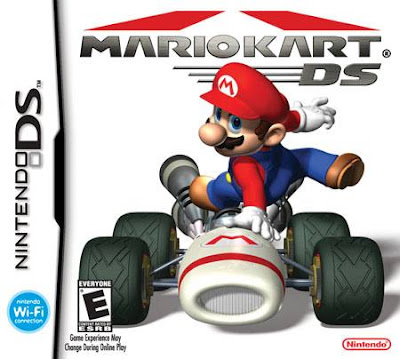 I waited a long time for this game to come out. Not only was it a decent time gap since Double Dash, but it was a killer-app for the Nintendo DS not only as one of the first awesome games, but the first to really take advantage of online play through Nintendo Wi-Fi connection. 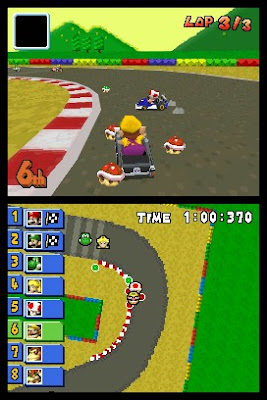 Granted online play was slow to connect, but I had a lot of fun after the game was set-up. Then snakers cheated in every match a few months after the game came out, and it was no longer fun to play over the net. 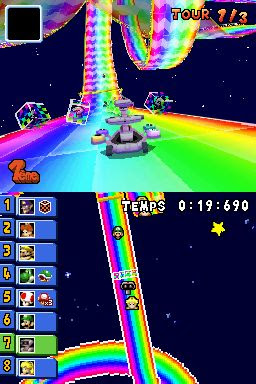 I guess it's not that big of a loss. It has plenty to chew on in single-player, and offline multi-player. Even if everyone doesn't own a copy they can still play in some limited modes and tracks. Such an awesome game, one of the best Mario Karts to come out in recent years.
Posted by Adam at 1:56 AM

Ahh, I remember the DS days where my friends would all sit in a line and be linked up to play mario kart.

I remember this being really cool! :)