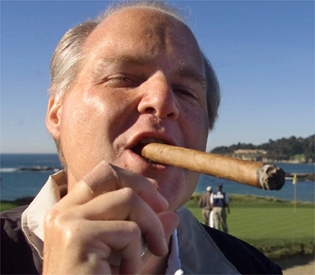 Hurricane Irene didn't kill everyone on the East Coast, and it was pretty well managed by governments on every level making it a hurricane that caused little harm or damage. Think this fat jerk would be happy? No, he instead reverse blames Obama because he says the President would want it to do massive damage so he could have something to blame the economy on.
Posted by Adam at 4:23 PM