Watched Yo! Son Goku and His Friends Return! 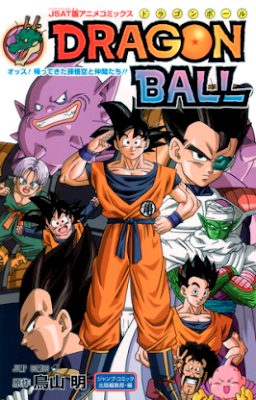 I was hesitant of watching this since I was waiting for an English dub. However since I'm learning Japanese (just used to the English voices) I decided to watch it anyway since it will help me learn and see if I could pick up any words. 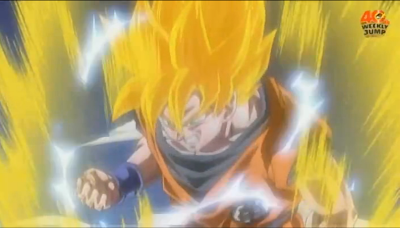 Love the new animation, looks better than the remastering of old 90's footage. 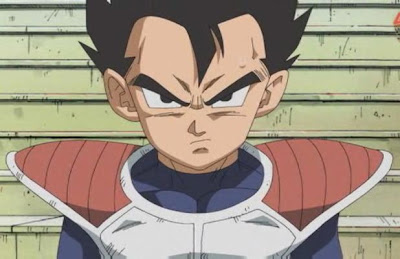 The story is set a few years after Kid Buu dies. Vegeta's long lost brother Tarble arrives to Earth to warn the Z Warriors of two pricks from a far-away galaxy. I really wished whoever wrote this didn't make so many non-sensical plot issues. I know there's always some in every Dragon Ball movie, but this came long after everything else and is set after the last saga yet before the end scene of the series with Uub. 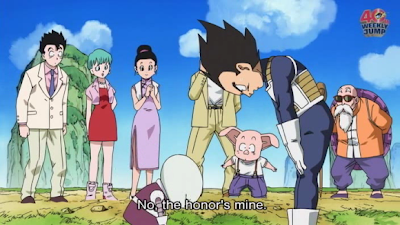 Noteworthy is that there's a lot more Japanese customs and quirks in this movie than any other. Also Tarble's wife is this weird alien chick. 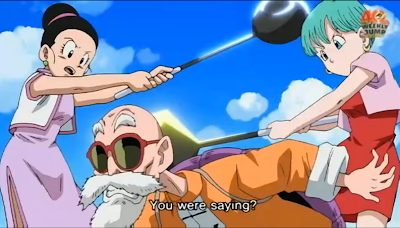 Though there is plenty of classic Dragon Ball humor. Will that creepy old man Master Roshi ever learn? 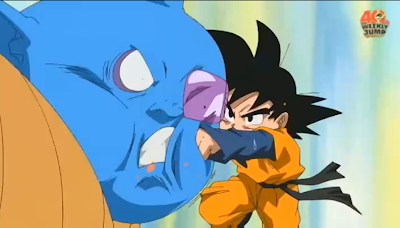 I thought the fight scenes were decent enough. Just wished it wasn't mostly Goten and Trunks fighting. I did like Goku's trick on Vegeta though. 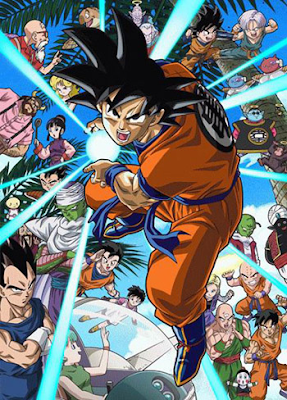 It's a decent extra for any Dragon Ball Z fan. I hope Americans get a dub after Dragon Ball Z Kai is over with.
Posted by Adam at 1:28 AM

English dub? Cmnon get real. Only american's what that because they can't stand to read subs. And guess what else? It's better in Japanese. DB always was, and will be better to watch in the original form - Japanese dub. If you don't understand Japanese you can have English sub's like every normal DB fan.