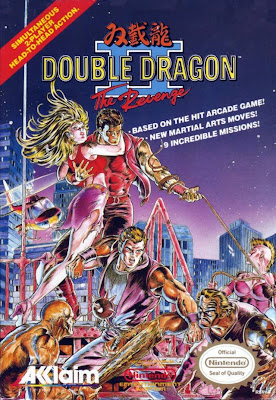 Honestly I haven't played much of it since I was a kid, but I found an old copy of mine and took it for a spin. 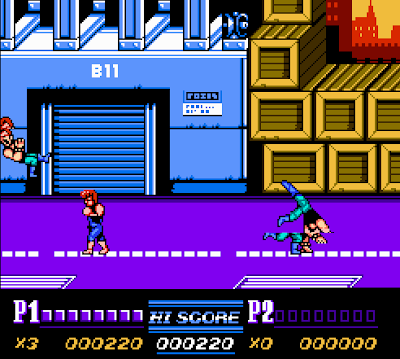 Double Dragon was a decent version on NES, but it had it's own share of problems. Like a huge hit in the graphical department, and the complete lack of 2 player co-op in the main mode. Luckily they must of learned a few tricks for the 2nd game because you can play with a friend if you wish. The graphics are a little better this time around as well. 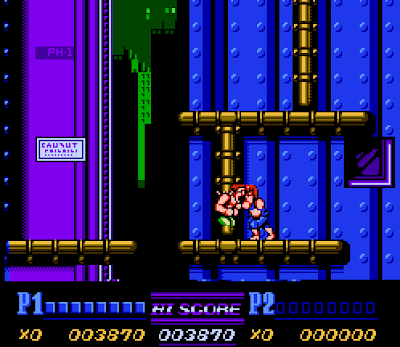 The combat is also a lot faster and smoother than the first NES game. They also have a decent control set-up where one button hits/kicks opponents on one side, and the other button takes care of the other side. It's a shame some of this is ruined by awkward platforming.  It's a shame to lose one life because you got too close to an edge, or messed up a jump. 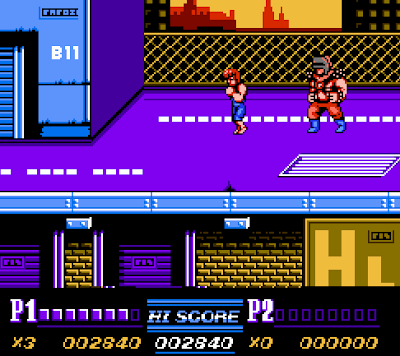 It's a pretty good game, however I don't have someone who can play with me, so half of the experience is gone already. They also give very little lives which means you'll have to be real good and play the game over and over until you can endure the countless hordes of thugs. It's aged for sure, but it holds up better than I expected.