My Thoughts On The Presidency of Gerald Ford 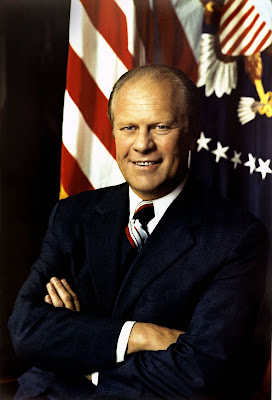 Ford took over after Nixon after he resigned because of the Watergate scandal. 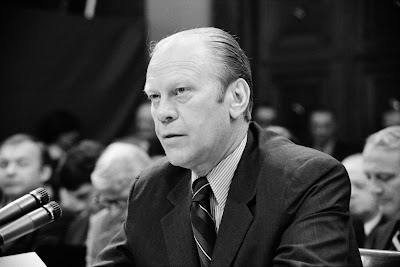 One of the most memorable acts Ford had done was the pardon of Nixon for his crimes at Watergate. Now it was extremely controversial for it's time, and probably cost him the Presidency later to Jimmy Carter. However it took some deep courage to do such a thing, and I can respect that. 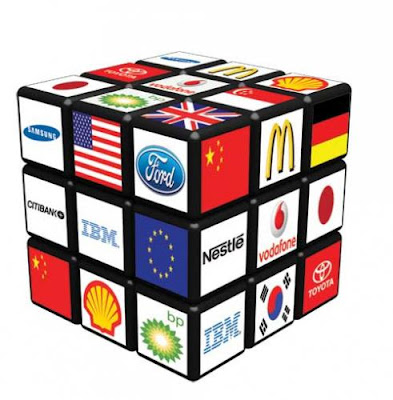 Domestically, Ford's biggest problem was the economy. His time was spent trying to fix inflation rather than fight unemployment. Most of his actions seemed very ineffective in the fight for a better economy. 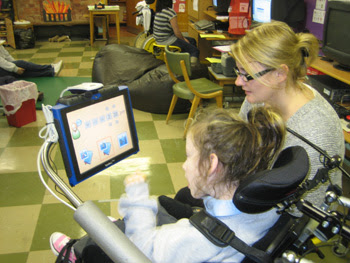 I also want to note that it was under Ford that education for children with special needs was vastly improved. A bill was passed that gave a lot of money and services to handicapped kids in their respected school. 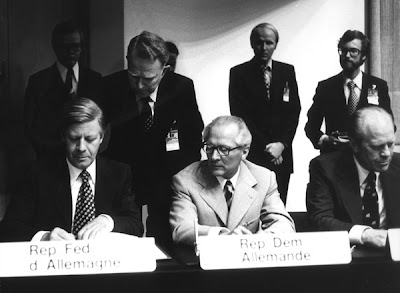 Despite a lot of drama in the middle east, Ford did maintain a semi-friendly tone with the Soviet Union and the rest of the Communist world. 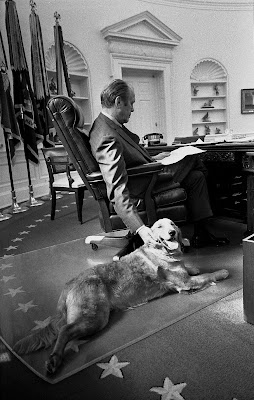 I wouldn't say Ford was a bad president, however he was a rather weak president with rather unfortunate drama of how he came to office.
Posted by Adam at 1:29 AM