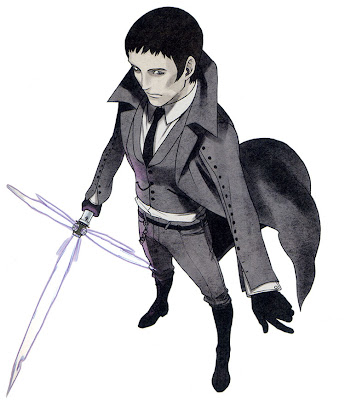 He appeared out of nowhere killing Letz Shake. He then disappears after taunting Travis, and shows up at the very end of the game (secret cut-scene) as Travis' long lost twin brother. 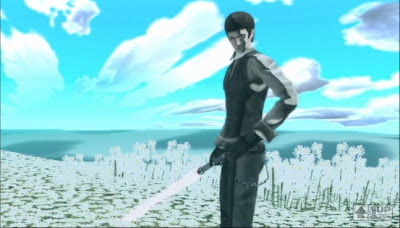 He returns in the 2nd game and you even got to play as him. In some weird anime dream sequence. 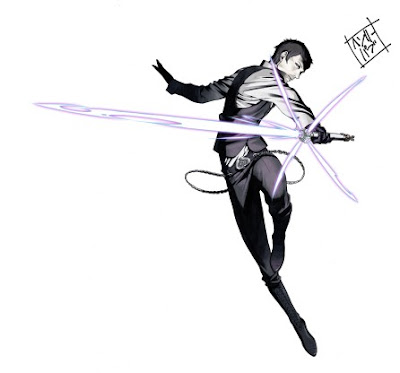 It's a shame that you didn't get to fight as Henry during the 3 other fights he fought for Travis for saving his hide. Oh budget cuts.
Posted by Adam at 1:34 PM

Henry may be classier than Travis, but I like our lovably jerky Otaku.