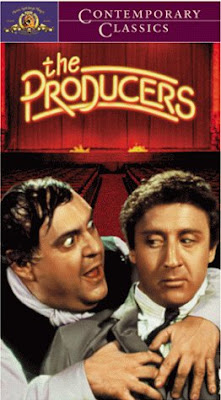 The film is a classic, Mel Brook's best piece of work and his first film as well. 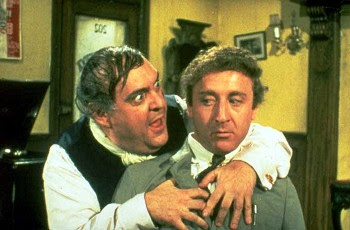 It's about an aging Broadway producer who enlists the help of young accountant to make money by raising far too much money for a play, and making it flop. If they succeed they become rich, and if the play becomes a hit they go to prison. So they set off to find the worst script, the worst director, and the worst actors they can find. 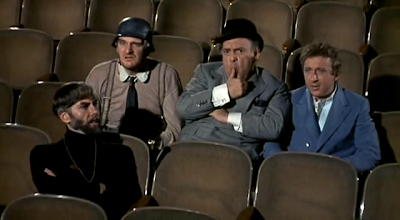 I don't even want to spoil the rest of the movie. It really is that good.
Posted by Adam at 12:04 AM