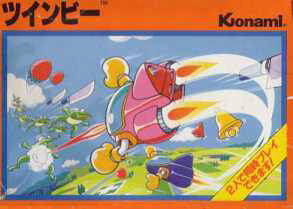 With a recent release on 3DS as a 3D remake, I thought I'd dig out my old copy and play it. Now this was released only in Japan as far as the NES version goes. So don't expect to find it on the flea market or yard sales. 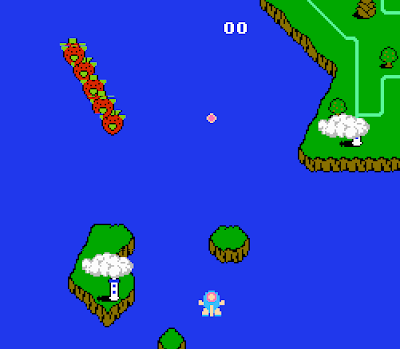 It's a fairly simple shooter, similar to that of Galaga and such. It seems like they were targeting a bit of a younger audience since it's far more colorful, it's easier than most in it's genre, and the game moves at a slower pace. 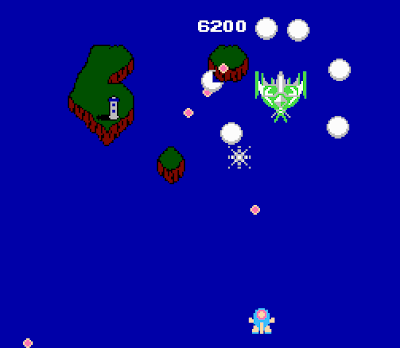 It throws some decent ideas like boss fights and such, but it's really too old of an shooter for me to recommend. For those somewhat interested in buying the 3DS 3D remake, I'd advise against it.
Score: 4 out of 10
Posted by Adam at 2:48 PM