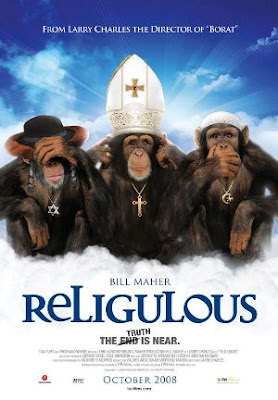 I'm a big fan of Bill Maher's work, but I've never watched his movie. I actually kinda forgot he made it. However when I saw a copy at my local library, and reached for it without hesitation. Now I'm pretty non-religious, so this is defiantly not something a religious person would enjoy. Though they would find a lot to learn from the stuff he points out. 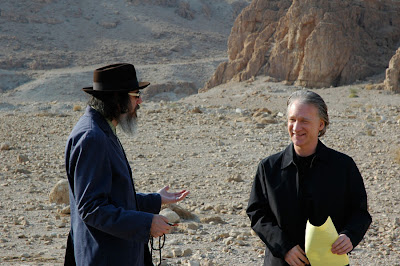 He goes from Israel, to all parts of America; often finding some of the most hypocritical whackos of any faith. 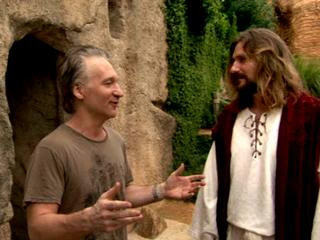 Now the movie is a bit hit or miss at times since some of the people he finds are really just plain regular ultra-religious people but he does find some good stories. Like a bible theme park, an Ex-Gay man who married an Ex-Lesbian, and a guy who pretends that he is the 2nd coming of Jesus. It's not the guy in the picture above I can tell you that. 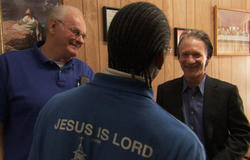 The movie might not be as funny as I hoped it to be, but I enjoyed watching it especially the later half.
Posted by Adam at 2:04 PM

This looks interesting, I'll have to look for it