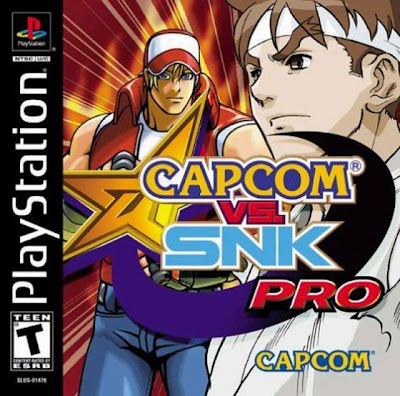 I had played Capcom Vs. SNK 2 EO on Gamecube many years back. I've never played the original game though. I was kinda surprised my girlfriend had an old copy of the game. Not terribly excited to play the original, but I'll give it a shot. 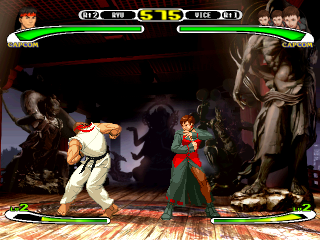 The game is basically the same version as the one in the arcade except with a few new features and whatnot. It was a pretty big deal back in the day since it was the first time Ryu could fight Terry Bogard or Chun-Li could fight Mai Shiranui. It offers a suprisngly large cast of characters. I remember being far more disappointed in the original Marvel Vs. Capcom for such a small cast in comparison to the 2nd game. 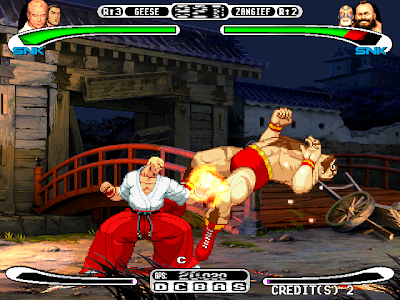 It's basically what you would expect from Capcom in the past 15 years. Since I already played the 2nd game to death, I was a tad unthrilled at the offerings on the table. I was also mad that they didn't include analog control even though the PS1 version was released in 2002. I loathe the PS1's D-pad, and during fighting games my hands feel cramped and the stiff buttons prevent me from reaching my true potential. If you're not bothered by the PS1/PS2 controller's D-pad then this a decent fighter, but there's plenty of better ones to choose from.
Score: 7 out of 10
Posted by Adam at 9:36 PM