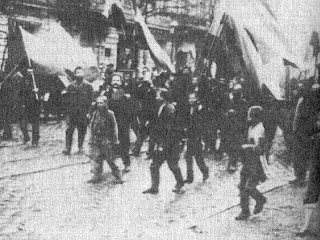 Bloody Sunday was an event in 1905, when several groups of Russians marched peacefully to present a protest to Tsar Nicholas II. They protested that they needed better working conditions, wages, and some other things. 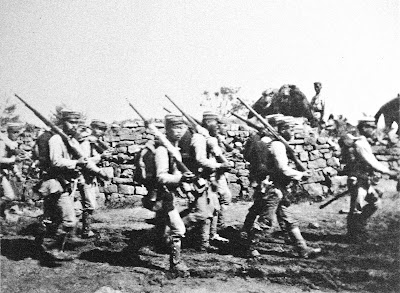 Also an end to the Russo-Japanese War (which Russia later lost) was a list of demands. The Tsar did not care to meet demands (there was also a depression going on) of working conditions or to end the war, so many of the protesters were gunned down on his orders by the Imperial Guard. No freedom of speech back in those days.
Posted by Adam at 5:58 PM

Wow, did not actually know about this. Very interesting.

I guess protests used to be so much more dangerous.

this reminds me of the song.