A Look Into History: Julian the Apostate

Julian was born a member of the Constantinian dynasty. He was made Caesar by Constantius II, but later rebellion against him. Civil was was avoided by the mere fact that Constantius had died shortly before fighting would have begun. Despite their differences, Julian was named his rightful successor personally. 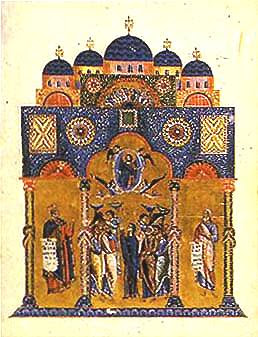 After his death he became sole Emperor of the Roman Empire. However many people in the Eastern part of the empire were not exactly happy with their new leader. 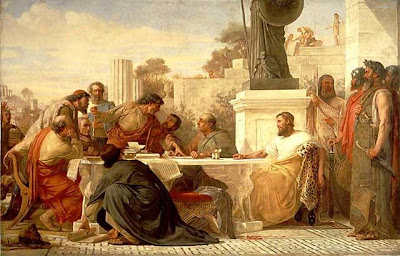 Julian was the last non-Christian Roman Emperor. He attempted to restore the old pagan traditions. Because of this his relationship with Christians and the churches were frosty at best. 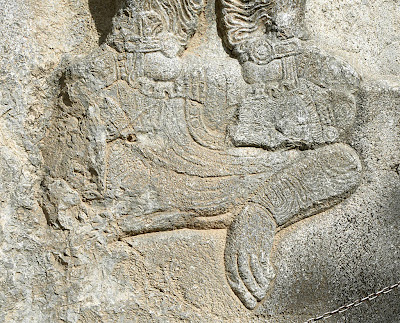 His reign was cut rather short after being wounded in a battle against the Sassanid Empire of Persia. The battle was indecisive, but Julian later died from his mortal wounds. There were even rumors that a Christian solider in his own ranks did him in. Regardless it left Roman stranded in deep Persian terroity with no Emperor to lead them. Which left them a bit up the creek without a paddle needless to say. They basically signed a treaty first chance they had.
Posted by Adam at 5:38 PM