A Look Into History: Orlov Revolt 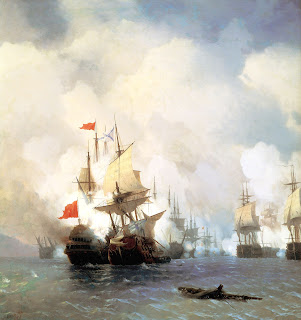 The Orlov Revolt was a uprising and precursor to the Greek War of Independence. It was a pact between a small group of Greeks and Russia. It was part of the Russo-Turkish War between Russia and the Ottoman Empire. 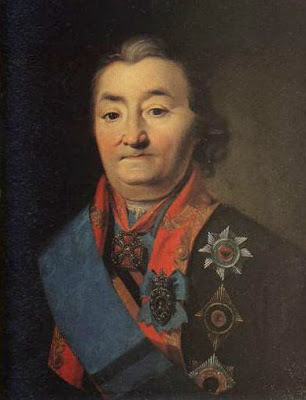 Count Orlov of Russia was the mastermind of it. The Greek forces were at first successful, but due to failure of gathering forces from around Greece and Russian back-up, the revolt was easily crushed later on. 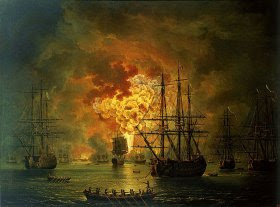 From the Russian viewpoint, the mission was a success. It weakened the Ottoman Navy and proved to be one of the keys to Russian victory later on. Greece on the other hand felt used and betrayed. They lost good men, did most of the work, and were almost forgotten at the end of the war.

Those Russians, always into wars...

beautiful paintings :) last one is amazing