A Look Into History: Rurik Prince of Novgorod 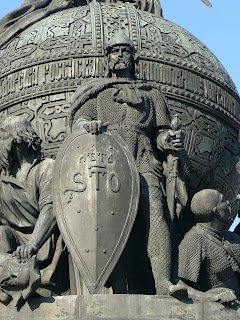 Rurik was a semi-legendary ruler of what is now present-day Russia. He was Varangian which was similar to that of the Vikings. Instead they were located in Baltic region while their Viking counterparts were more in Scandinavia. 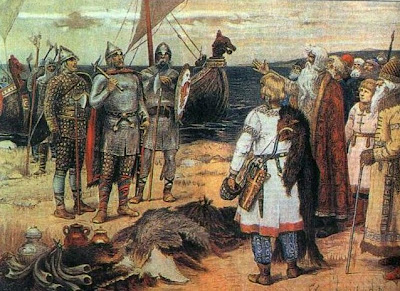 Apparently a bunch of tribes within the region (there's not much recorded about his life) drove him and his friends out of the region. The tribes wanted to rule themselves. After much fighting between tribes, they invited Rurik back to establish order. He stayed and ruled until his death. He established the Rurik dynasty which was later succeeded by the Tsardom of Russia.
Posted by Adam at 12:37 PM

Email ThisBlogThis!Share to TwitterShare to FacebookShare to Pinterest
Labels: A Look Into History, Rurik Prince of Novgorod, russia

I've always been interested in Scandinavian and Russian history. (:

He was a tough guy.