A Look Into History: USS Indianapolis 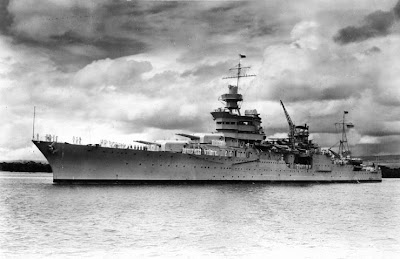 The USS Indianapolis was huge warship used by the United States during World War II. This baby had a couple years of heavy service under heavy fire and important missions.

Well until it was sunk by a Japanese submarine in 1945. 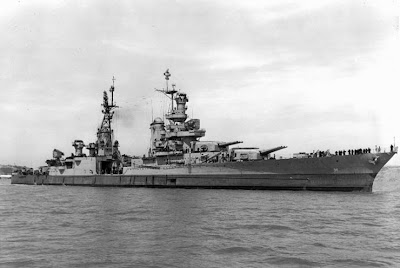 Despite sinking about 900 men survived the torpedo bombings. However they were stuck in the water most of them without life boats, food, or water. They also had to survive the conditions of the sea, thoughts of suicide (which some committed), and one more thing. 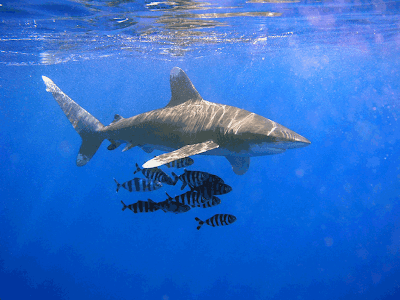 Sharks. Yeah there was apparently a lot of shark attacks going on here. I guess they smelt all the blood from miles away. 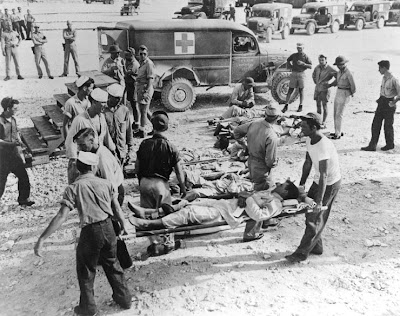 The men were stuck out to sea for about 4 days. 5 men they rescued died soon after reaching land. Only 316 sailor survived the whole ordeal.
Posted by Adam at 2:00 PM

Email ThisBlogThis!Share to TwitterShare to FacebookShare to Pinterest
Labels: A Look Into History, japan, world war 2

How can one commit a suicide surrounded by the sea? O_o

It's that ship connected to early tries of teleportation? :o

shivers to think about all the sharks....ugh...war is bad enough and then to watch the bodies taken under...wow....

How terrifying for the soldiers. RIP to those who died and bless those who survived. What an ordeal.

Wow it reminds me of a script movie but it is not, what an awful experience must has been!!
I really enjoyed reading your post ;)

Wow that is deffinetly harsh!

That was a big ship.