A Look Into Video Games: Ridley 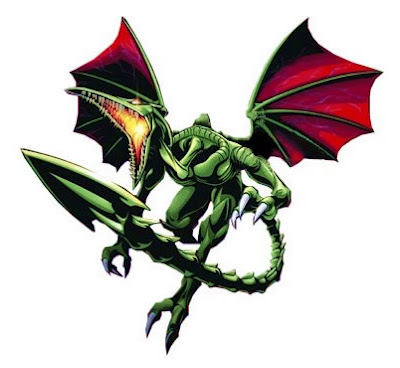 Ridley is Samus Aran's favorite buddy to shoot apparently. This bad dragon is known to practically everyone who played the series.

He's evolved a bit over the years. At first they were going to make him look like this.

But he ended up like this on Metroid for NES. 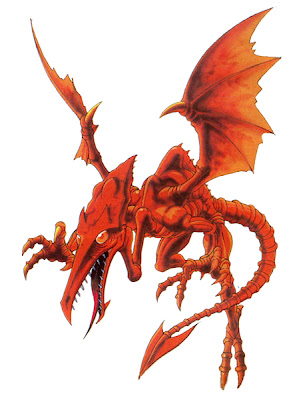 He truly became awesome in Super Metroid. He gave me one of the best boss fights that I can remember. 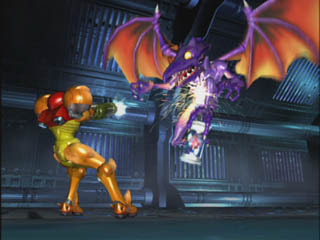 Ridley would stay in a slumber since Metroid missed the N64. He first real appearance since Super Metroid was a cameo in Super Smash Bros. Melee. 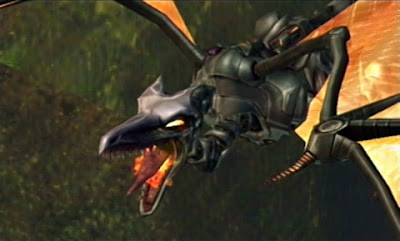 He later returned even better in Metroid Prime. 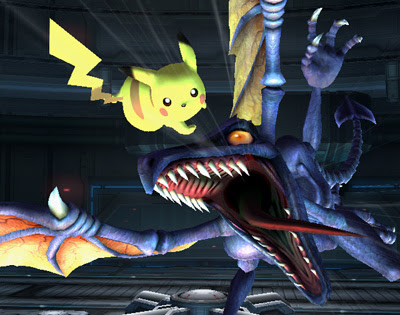 And he's stayed in practically every Metroid related thing ever since. Including more cameos.
Posted by Adam at 8:00 AM

I remember him from the first Metroid, man I loved that game

Thx, for the comment at my blog :)
I follow yoy now, I hope you will do the same??
simone-bp.blogspot.com
- Simone xoxo

this brings me back...nice one"

Hey Adam! Thanks for following me :) Following you right back hun xoxo