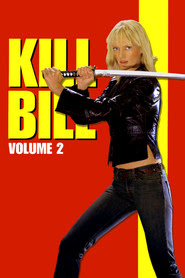 Luckily when TBS was showing this on TV for the first time, they did show both films. I did buy both later on DVD, but at least I didn't have to wait. 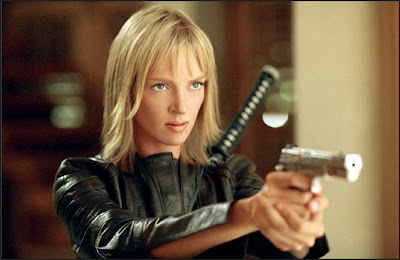 It really is one big movie but it is a bit different from the first film. Less Japan, more weirdness. 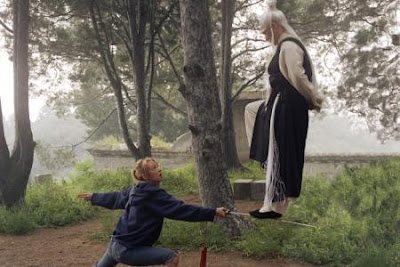 I liked the tale of her master Pai Mei. 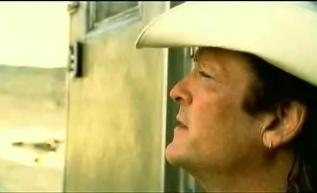 Budd was a bit lame. 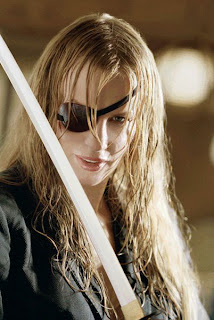 Elle Driver's fight was decent. I felt bad for her at the end though. 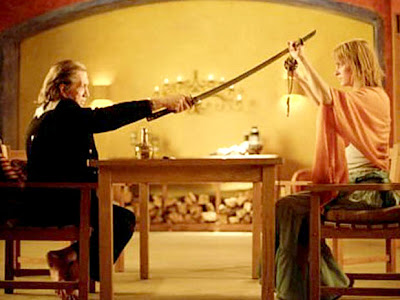 I thought against Bill was probably the lamest in the whole movie series. But hey, it was still great and you combine both movies together it's a very awesome experience.
Posted by Adam at 5:00 PM

i love it because the mindless blood spilling

Tony described this very well, "mindless"...that's why it's so popular

It's not my taste, but I can appreciate what Tarantino is trying to do.

thanks for commenting on my blog! you're the first dude to do so. it kinda made my day.
i couldn't get past the scene with her escaping the coffin. freaked me ouit