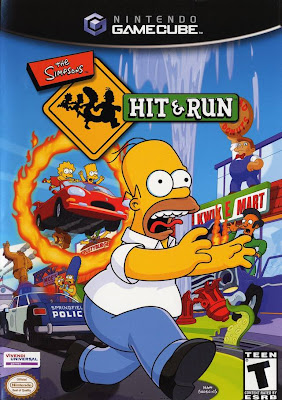 I remember this game well because this was Grand Theft Auto but Simpsons style. Which I wanted to play pretty bad since I didn't have a PS2 at the time. It sucked being a poor kid. 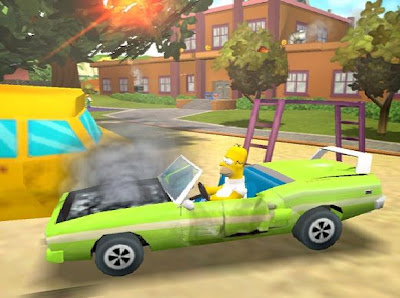 Hit and Run is pretty much GTA without the guns or the violence. It's really tame in comparison. You can take practically any vehicle for your own and use it during missions. 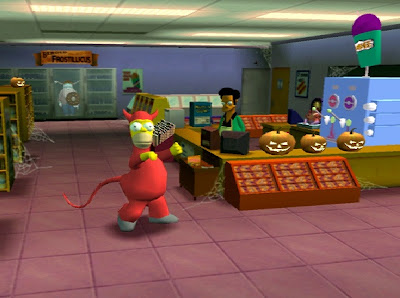 It also has plenty of the humor from the show. Pretty decent sized game as well. I don't think it was as good as The Simpsons Game or Road Rage, but I liked it nevertheless.
Posted by Adam at 10:35 AM

Email ThisBlogThis!Share to TwitterShare to FacebookShare to Pinterest
Labels: fox, gamecube, grand theft auto, PS2, the simpsons, The Simpsons Game, The Simpsons Hit and Run, The Simpsons Road Rage, things I like

I've heard a lot of good things about this game but never had a chance to play it.

Fun...I did not know there was games of Simpson!

I am not into games very much, but I do love Simpson´s! Cool blog!