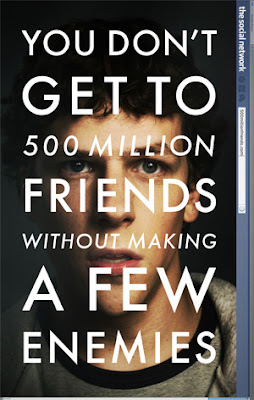 Whether you love it or hate it, Facebook is big. The site dethroned Myspace with ease and has become a site where even your grandma has a page, and that every business wants you to "like" them. I knew Facebook had a bit of an interesting history in it's making, but I didn't think there was enough material to make a decent film out of. 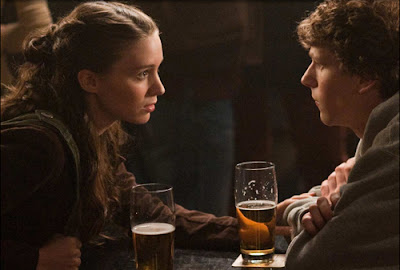 The movie starts out a bit before Facebook when Mark Zuckerberg was just a young kid on the Harvard Campus. He then starts a hit website, gets in minor trouble, gets approached by some random kids who want him to co-create a website, thus all these events turn into Facebook and the results that followed. 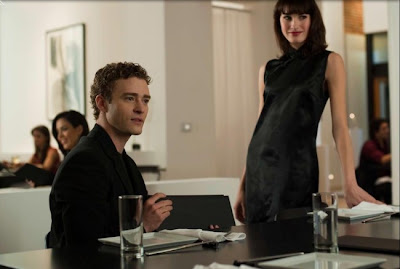 I think my favorite character was Justin Timberlake as Sean Parker. The founder of Napster was cool, charming, and just plain devious. The real Parker commented that he wished his life was as cool as the movie was. Most of the people the movie speaks of have reported major errors of what actually happened. 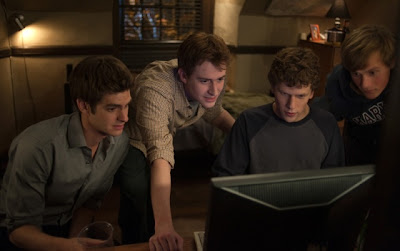 Once you know that it kinda sucks the fun out of the film a bit. But I still liked it. The style of the movie is great, and for such a long movie I was paying full attention for every minute.
Posted by Adam at 8:36 AM

I watched it. Timberlake was cool. Totally :p
But I also fell in love with Zuckerberg. Always had a thing for geeks!

really? i haven't seen it yet. i didn't have a clue whether the movie was decent, or how realistic it was. when i do see it, whenever that is, i think about it differently.