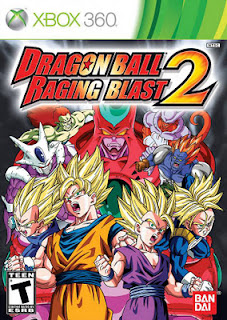 I've been a Dragon Ball fan ever since I was a little boy. I even remember the horrible dub of the original cartoon long before Z ever hit Cartoon Network. I watched all of Z in middle school, played the better games in high school, and I've even taken my time to watch Dragon Ball Z Kai. So honestly, I do love Dragon Ball, and when my library was lending this out how could I say no? 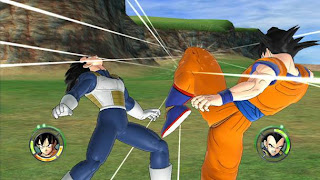 The game is not as easy to pick up and play like the Budokai games on PS2. The controls and the gameplay are a tad more complex and take a surprisingly large amount of time to get the hang of. But it gives you a sense of rewarding accomplishment when you actually pull off some of these better moves and defeat extremely tough characters. 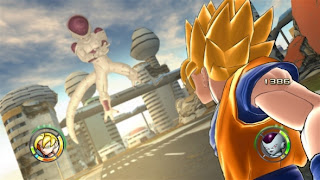 The game has a various amount of modes, but my favorite seemed to be the galaxy mode where you could go throughout a map with each character to play a semi-story based mode featuring mostly battles from the show or movies. Though they do make up battles for most of the minor characters. It's a shame that they do give out some ridiculous rules for some of these stages. Such as starting you out at near death with 3 enemies to defeat. One blast or punch? Game over. That's lame. 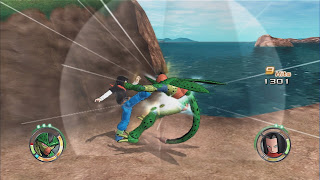 The other modes are pretty fun as well, and there is a lot to entertain you with. The list of characters is huge, there are plenty of maps to battle on, and there is a lot of fun to be had in versus mode. I guess the worst thing going for Raging Blast 2 is all the games that preceded it. Though it's a "new" sub-series it still does feel a bit redundant. If this game had arrived in 2002 instead of the original Budokai, then every Dragon Ball Z fan would have rushed to Gamestop to pre-order it and loved every second of the game once they got their hands on it. Now even the most hardcore fan doesn't even have to feel guilty if they skip it in favor of a future game.