A Look Into History: Article The First 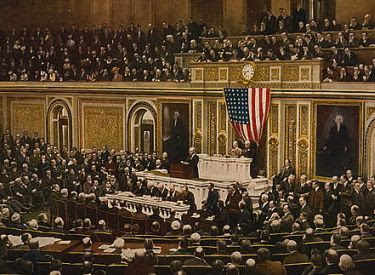 Article The First obviously was never ratified. Besides some other boring rules, if was enacted and still active today the numbers would be shocking. If you used the original rules with the population of today there would be up to 6,175 congressmen.
Posted by Adam at 4:16 PM

Email ThisBlogThis!Share to TwitterShare to FacebookShare to Pinterest
Labels: A Look Into History, politics

Phew yea that would be a ton of congressmen

6,000 congressmen? That would be awesome, then they could be even more useless than they already are!

They already can't get anything done, how crazy would it be with 6k Congressmen? :P