A Look Into History: Emperor Jimmu

Jimmu's life and even existence are up for debate. They can't prove where he was born, when he was born, or when he died. He is considered mostly mythological but is officially listed as a legitimate monarch of Japan today.

In the Shinto religion, they believe he was the direct descendant of the sun Goddess Amaterasu. 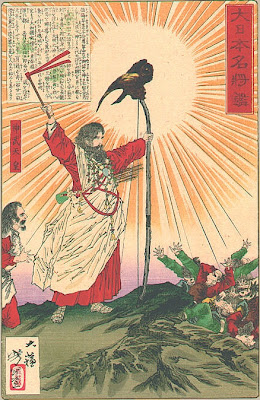 So most of life is based on the founding of Japan. 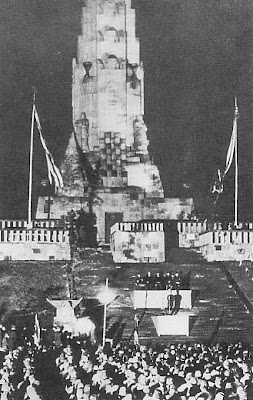 The Japanese people proudly celebrated his memory until World War II. Allied Forces later made Japanese officials give up some of their mythological claims at least for the record.
Posted by Adam at 9:27 PM