While most remember Wolfenstein 3D and the later games on the consoles, this was the game that started it all. 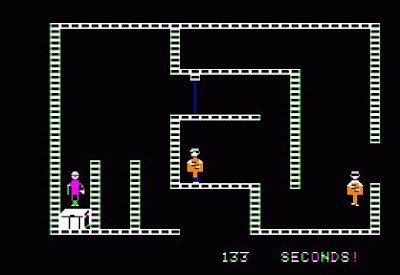 It actually wasn't a FPS, but rather a stealth game. I guess you could imagine Wolfenstein 3D meets Metal Gear on NES. The game later appeared on the Apple II but was ported (with better graphics) on many other platforms.
Posted by Adam at 8:40 PM

Guessing from the era it came from it was probably pretty hard to beat.

Too much nostalgia. D: