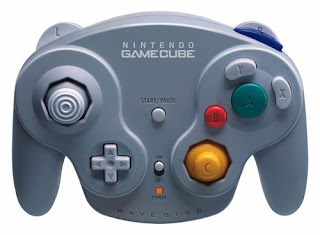 Before the current console generation, almost everything came with wires. It wasn't until the Gamecube's Wavebird that wired controllers became a legitimate idea. 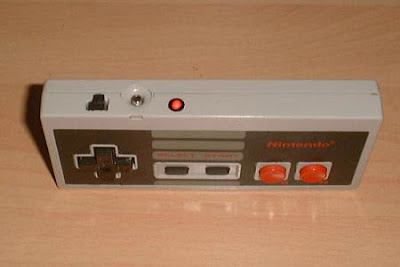 Now there were wireless controllers from almost every system. I remember my cousin had some kind of wireless controller for NES. It was terrible. They worked liked TV remotes. If you weren't lined up just right, then it wouldn't receive any of your button inputs. 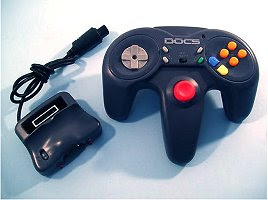 And they were usually made by awful 3rd party companies with questionable results. 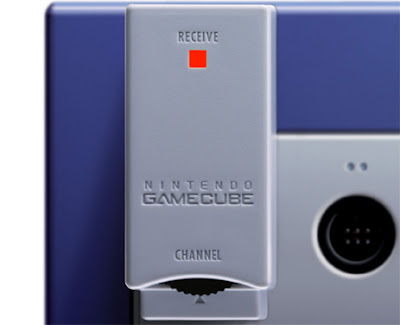 The wavebird used different technology that could go through walls with ease. 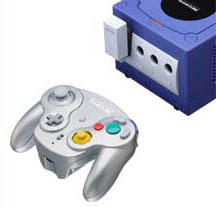 So you can thank the Gamecube for being an innovator to the controller market.
Posted by Adam at 4:33 PM

as innovative as it was; the gamecube was still the inbred console that nintendo wishes they could forget...