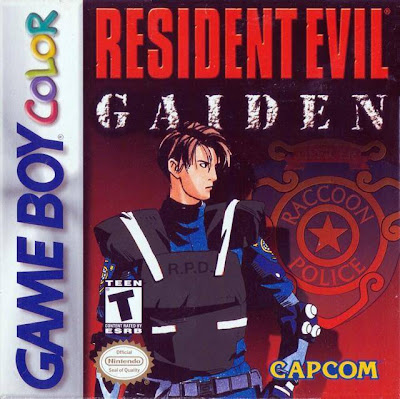 While Capcom canned the Gameboy Color remake of the the original game, that didn't stop them from developing on the system completely. They made a "kiddie" version of Resident Evil for the GBC near the end of it's lifespan. 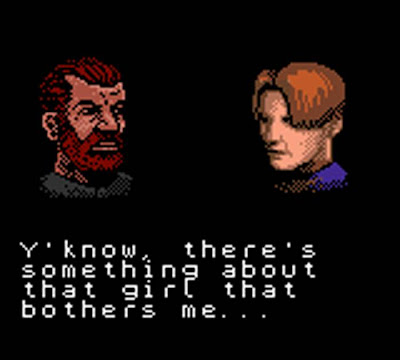 The game starred Leon Kennedy from Resident Evil 2, and Barry Burton who was a side character in RE1 and RE3. 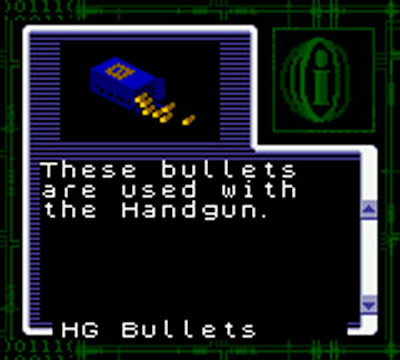 The game was pretty true to the series in a couple of ways. The trademark ammo was there. 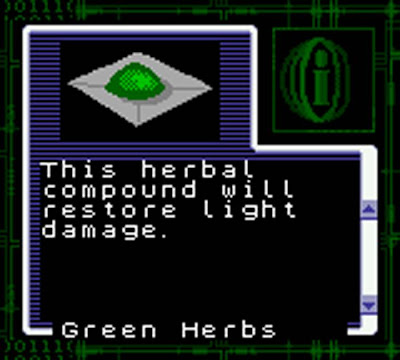 So was your healing items. 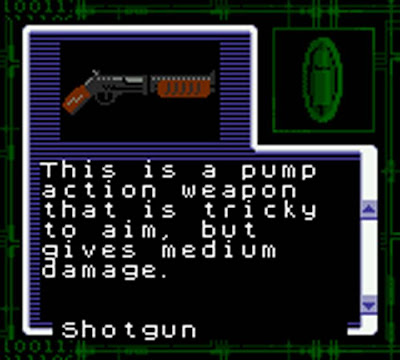 And of course your arsenal. 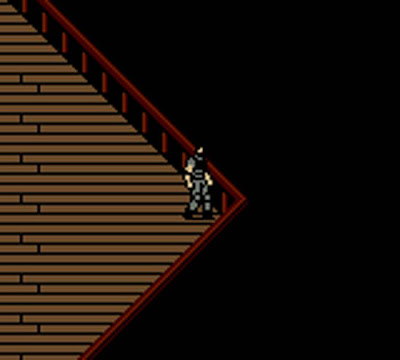 The plot of the game had you stuck on a cruise ship full of zombies. Someone has got to fire that travel agent who books things like that. What's next? Snakes on an airline flight? 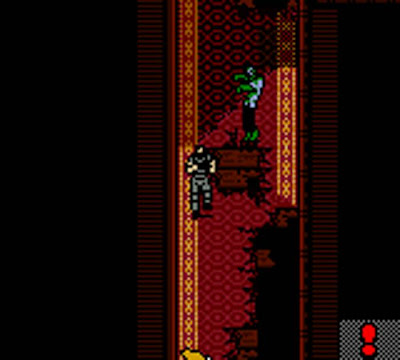 So the rest of the game was kinda like Metal Gear on NES. 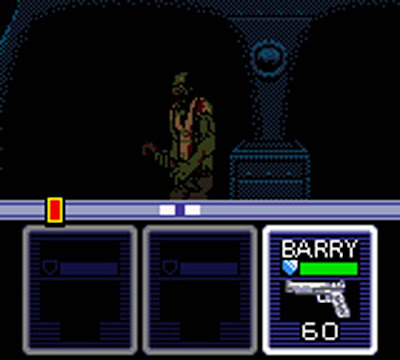 Except battles went first person once you encountered a zombie. Except crow-bar equipped zombies with ketchup on them doesn't scare me much.
Posted by Adam at 7:47 AM

This blog post is great. I've been reading your blog posts regularly and I think they're great! Keep up the excellent work! Followed!