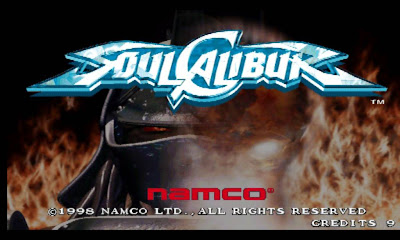 I never had the game on Dreamcast or any of the later future ports. However years later, my local pizza place did get an old arcade machine of the game. It was maybe 3 years after I had the 2nd game on Gamecube so it was kinda weird. 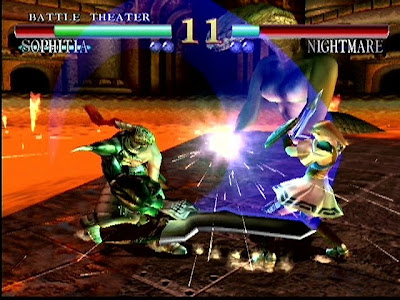 Even though the graphics look dated now, it still plays fantastic today. I always loved the Soul games, and the original is behind the 2nd game as the best game in the series so far.

Whatever happened to Rock? I used to use him a lot.
Posted by Adam at 2:07 PM

I never played this game.