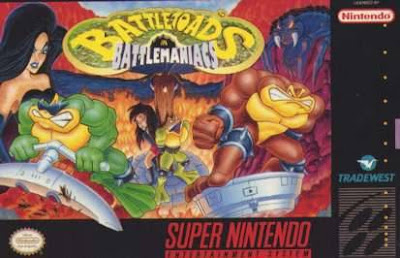 Even though it aged a good bit, I thought the original Battletoads was a pretty decent game.  I heard they made a few sequels, and this would be my second partaking of the series. Will it live up to the original game? 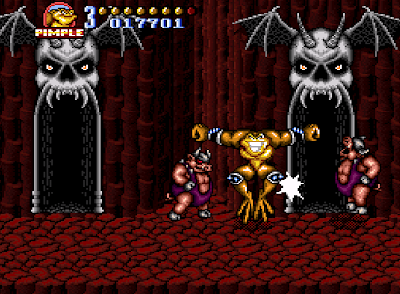 Battletoads In Battlemaniacs follows the basic formula of the NES game. It's a simple beat-em-up game that allows you to bring a friend along for the ride. However the game simply isn't as fun as the original game. Where's the variety? Why are the levels so long? Why do I keep falling into pits that eventually take half of my life in 3 seconds? 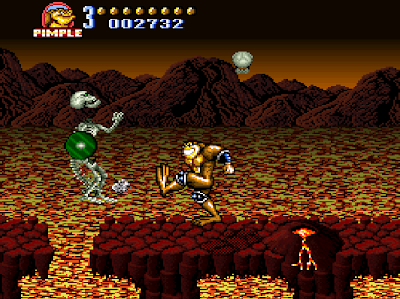 Granted the game would probably be easier if I had a buddy to join me, but I'm stuck to single-player. While the game's graphics and sound are superb, the gameplay is the one that takes the hardest hit for fans. It seems Rare traded inventive fun gameplay with boring slap matches against enemies that take far too much damage.
Score: 6 out of 10
Posted by Adam at 8:01 PM