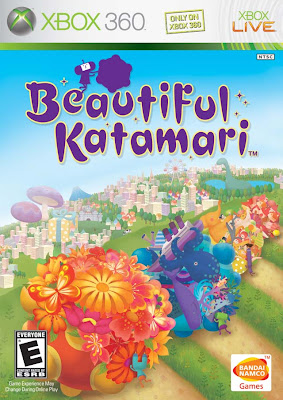 While this may have been the first game in the series that I personally played, I do remember when the series hit the PS2. All the video game media outlets were like "this game is too weird to sell, PLEASE BUY IT" and it managed to make the game sell enough copies to be profitable. Now they're churning out sequels like clockwork, and I'm playing the latest. 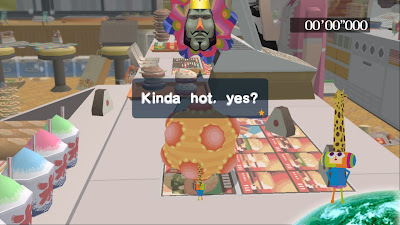 I like the game's goofy theme, and all the Japanese culture and music packed into it. I also like the concept of rolling a ball to snowball items into a bigger sphere to make a giant globe. However my first complaint were the controls. They're not so bad at first, but when your ball gets larger it seems that turning around is about as easy to do as doing a u-turn with a 16 wheeler on a main-road street. 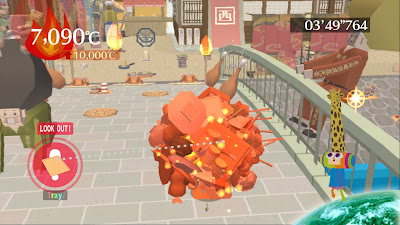 Granted I do get the "realistic" reasoning of a tiny space prince not being able to precisely move a giant sphere when it's 1000x bigger than he is. The controls wouldn't be much of an issue if the difficulty wasn't so demanding. You usually get only 3-5 minutes, and if you don't meet the ridiculous size requirement, it's back where you started. I honestly don't like time limits, so they cut my opinion very short. Beautiful Katamari might not be a terrible game, but it's certainly not my cup of tea.
Score: 6 out of 10
Posted by Adam at 9:04 AM

6/10? Come on Katamari is amazing! Following your wonderous blog

Merry Christmas to you too :) Hope you had a great time!

It was a pretty awesome game if I remember correctly. :P

Great post and an even better blog, I'm following you!