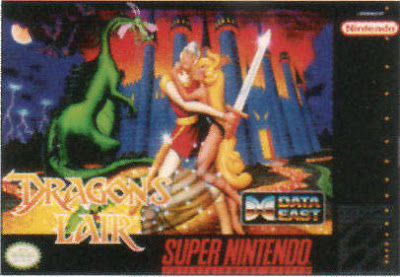 Now I may not have been a fan of the unplayable mess the NES version was, but hey I can give something a 2nd shot. I don't mind one bit. Is the SNES version a disgrace to gaming? Well no, but it's far from a masterpiece. 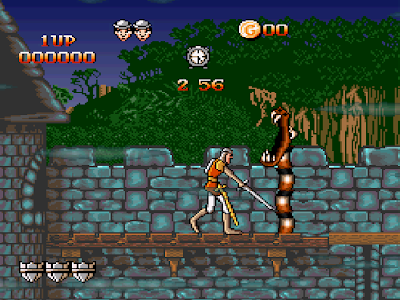 While the game is not exactly 3D like the original version in the arcades (which used laserdiscs to play off of), it does go for a graphical style a little more like the NES version. Except you don't automatically die as soon as you walk across a platform in this version. 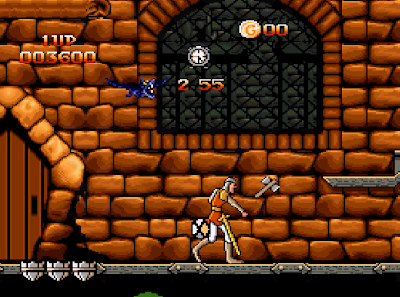 You can actually move/fight/jump pretty easy this time around. Sadly that's about as far as the game got to impressing me. The levels are just timed races to the end of the stage. Time is actually not your biggest threat in Dragon's Lair; random enemies & bottomless pits are. And guess what? They're very good at their job too. At least the Dragon's Lair series is improving for me, because it went from downright unplayable to just plain awful. Now that's progress!

Yeah... I'm still not convinced that I should play this game. :P

That is something :o
love it, this should get followed by more people

I remember playing this, but never really liked it.