Fact of the Day: Sinterklaas 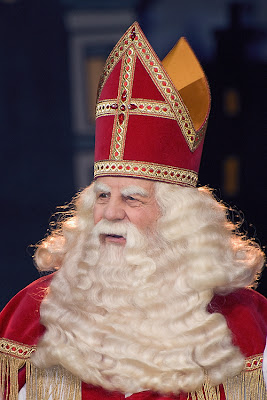 The gift giver for Belgium, Netherlands, and some other countries is Sinterklaas. He was a major basis for the American Santa Claus. The story is basically the same except he has a horse instead of reindeer and has a lot in common with the old Norse god Odin. 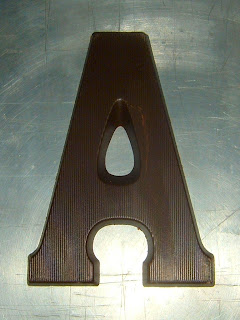 Apparently he likes to give out nifty Chocolate letters as well.
Posted by Adam at 12:06 AM

I wish I was Santa so I could ride around on reindeer all day, breaking into houses and stealing cookies. Also I'd have a beard. The end.

Sweet, chocolate letters? I can get behind that, if we all lower the expectations of what our kids expect for Christmas, all the better. Now where the hell do I buy coal?

This guy seem to be better than Santa Claus. I'd rather have some chocolate letters than bags and bags of coal.